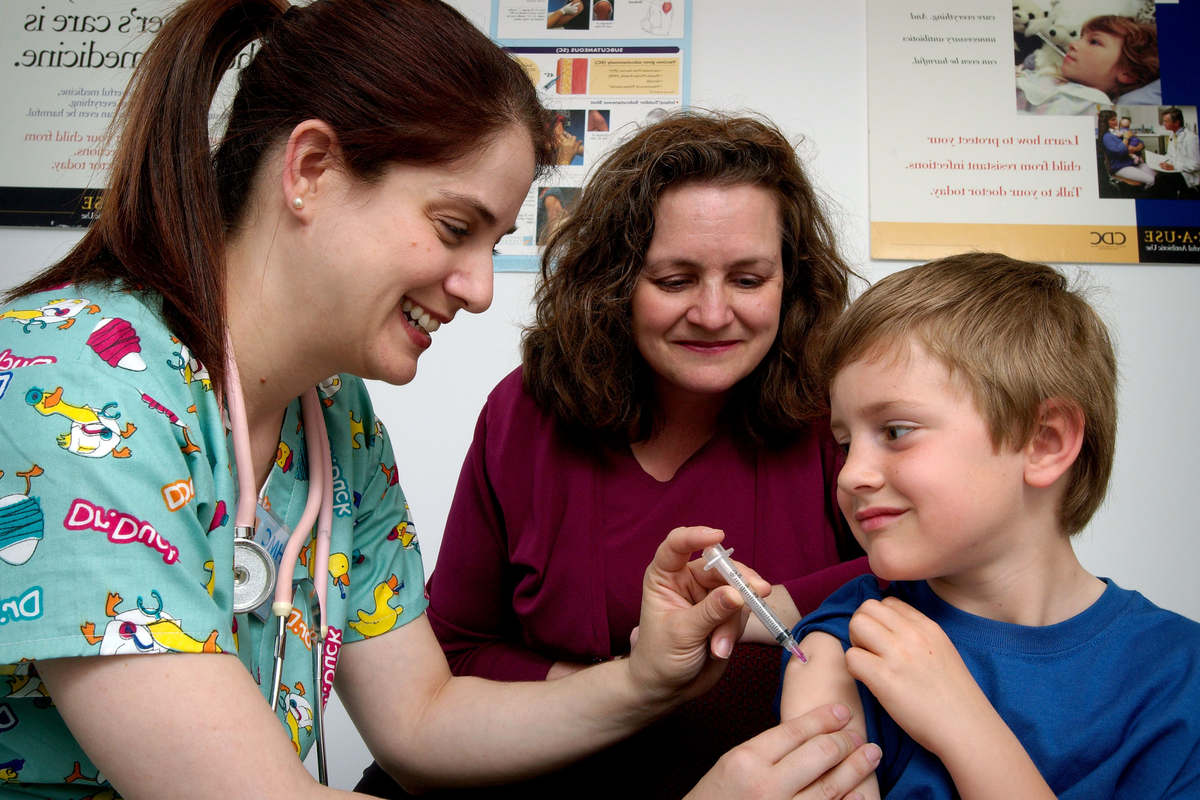 What do the French learned societies and the Haute Autorité de Santé tell us? We asked Dr. Jean-Michel Wendling*.

The British are a little ahead of the Delta variant. What did they decide just recently?

In the UK, under scrutiny by Europeans, the government has decided that children over 12 and teenagers will only be vaccinated against Covid-19 if they are vulnerable or living with someone who is immunocompromised: scientists have raised concerns about reports of inflammation around the heart linked to the Pfizer and Moderna vaccines. Sajid Javid, the health secretary, took on board the recommendation of the Joint Committee on Immunization (JCVI) advisors: “The board today does not recommend vaccinating under-18s without underlying health problems at this time. But JCVI will continue to review new data and possibly recommend vaccination of under-18s without underlying health problems at a later date.”

The decision has divided scientists: Stephen Griffin, a virologist at the University of Leeds, said, “We don’t know what the JCVI knows,” noting that many countries had begun vaccinating children aged 12 and older. “There seems to be a link with vaccines and myocarditis (an inflammation of the heart muscle), but it’s very mild and very rare – but with Covid, there is a risk of long Covid,” he added… Gabriel Scally, professor of public health at the University of Bristol and a member of Independent Sage, said the JCVI’s decision was “not logical,” noting that the vaccine had been considered safe and effective for children aged 12 and older in the United Kingdom, and was being used in a number of countries.

What do the French learned societies and the Haute Autorité de Santé tell us?

The French Pediatric Society (SFP) and the 14 learned societies affiliated to the SFP, as well as the French Association of Ambulatory Pediatrics, considered in February 2021 that very few efficacy and tolerance data on these vaccines were available in children and that this vaccination did not appear to be necessary in children under 16 years of age in the general population. The High Authority of Health considers that the vaccination of adolescents (with a comorbidity in priority) or in contact with an immunocompromised family member is desirable and will be able to reduce the viral circulation and allow them to return to a more normal social life.

Has the National Consultative Ethics Committee given an opinion?

As of June 8, the CCNE considered that vaccination of children under 12 years of age did not seem ethically and scientifically acceptable. In adolescents, between the ages of 12 and 16, the individual benefit in relation to the infection is very low in the absence of comorbidity and does not seem sufficient to justify vaccination on its own. According to the CCNE, however, it is appropriate to accept to vaccinate adolescents who request it after having received information on the uncertainties related to the disease, the vaccine itself, as well as on the alternatives for preventing the disease.

What is known about COVID in children and its transmission?

First of all, the SARS-COV-2 that is currently circulating is the delta virus. It seems to be ten times less lethal according to data from Public Health England (PHE) at the beginning of July: about 0.03% lethality in the under-50 age group with no significant difference between vaccinated (0.035%) and non-vaccinated (0.029%). However, vaccinated young adults are less sick, less contagious, consult less emergency services and are hospitalized less thanks to the vaccine, which is essential.

Children are also only minimally involved in transmission according to a very recent study of a sample of children 15 years of median age. The secondary attack rate (SAR) within the family is 0.5%. This means that out of 1000 close family members exposed to a positive child, only 5 of these family members will be affected. These data can be explained by the pauci symptomatic or even asymptomatic character of the forms of the child, symptoms which are often limited to a common cold. A meta-analysis taking into account 10 studies, evaluates this secondary attack rate at only 1% for asymptomatic index cases whatever the age.

What is the efficacy and safety of mRNA vaccines in children?

A study published July 15 in the NEJM shows that the BNT162b2 vaccine in 12- to 15-year-olds produced a greater immune response than in young adults and was highly effective against Covid-19 with 100% vaccine efficacy (study funded by BioNTech and Pfizer ClinicalTrials.gov NCT04368728). Participants aged 16 to 25 years had an equivalent antibody response after vaccination.

What about adverse events?

In both age cohorts, Pfizer-BNT162b2 vaccinees reported more mild adverse events than the placebo group. On follow-up, immediate bothersome events were mild to moderate in intensity, resolving within 1 to 2 days: injection site pain, headache, and fatigue; fever (≥ 38°C) occurring after the second dose in 20% (12 to 15 years) and in 17% of 16 to 25 years; chills; joint and muscle pain; diarrhea; and rarely vomiting.

Of the adverse events considered severe, 0.6% of 12- to 15-year-olds and 1.7% of 16- to 25-year-olds were affected at one-month follow-up after the second dose (Table S2 in the appendix of the publication). Only one serious event out of 1131 doses warranted suspension of vaccination in the 12-15 year old group.

What about French pharmacovigilance?

French pharmacovigilance data from the Bordeaux, Marseille, Toulouse, and Strasbourg centers are more optimistic. As of July 1, 2021, slightly less than one million children under 18 years of age have been vaccinated with Pfizer. Only 78,000 have had 2 doses. Hence, hindsight is limited. The Rouen center has noted 28 serious side effects, which is rather reassuring in the short term (0.003% of complications). The coming months will allow us to refine these follow-up figures for children under 18 years of age.

What about the long-term effects of Covid and the vaccine?

Of course, we have no data on the long-term effects of mRNA vaccines over 5 or 10 years. So that’s the unknown. But the same is true for SARS-COV 2: no one can accurately predict the long-term effects of this virus on our children and adolescents in 5, 10 or 30 years. However, we do know that chronic forms of the virus are possible in adults and adolescents. For these long term COVID, the UK Office of National Statistics reported that the highest prevalence of long term COVID after 12 weeks was in people aged 25-34 years (18.2%) and the lowest in the 2-11 year age group (7.4%). In a series from Italy, 42.6% of children had at least one symptom > 60 days after infection. Symptoms such as fatigue, muscle and joint pain, headache, insomnia, respiratory problems and palpitations were particularly common. But these studies were not performed on the current delta variant. A large British survey of 3,000 infected and 3,000 uninfected children has been launched: “The CLoCk Study“.

Are there examples of viruses whose serious and delayed side effects are prevented by vaccination?

Some vaccines are indeed able to prevent certain cancers. Some viruses promote cancers, such as the hepatitis B virus (HBV), which causes hepatocarcinoma (liver cancer). The first universal HBV vaccination program in the world was launched in Taiwan in July 1984. A study showed that the prevalence of this cancer in children aged 6-14 years was reduced by 75% (RR=0.25-0.36). HPV vaccines have also been shown to be key components in the prevention of cervical cancer. Subacute sclerosing panencephalitis (SSPE), a serious disease that occurs a few years after measles infection, is now prevented by the measles vaccine. Vaccination is therefore an opportunity in this type of configuration where the long term risk occurs. Only the future will give us answers.

Finally, every day good news arrives with potential early treatments still under evaluation such as Clofoctol, vitamin D, Quercetin or Ivermectin, new vaccines also of more traditional manufacture and for some of which the route of administration could be by nasal spray from 2022.
Let’s be confident and optimistic for the beginning of the new school year and continue to vaccinate adults, the vulnerable and especially to apply the rules of hygiene, including regular hand washing around meals!

*Dr. Jean-Michel Wendling, specialist in occupational health prevention in Strasbourg, is a scientific consultant for infodujour.fr.