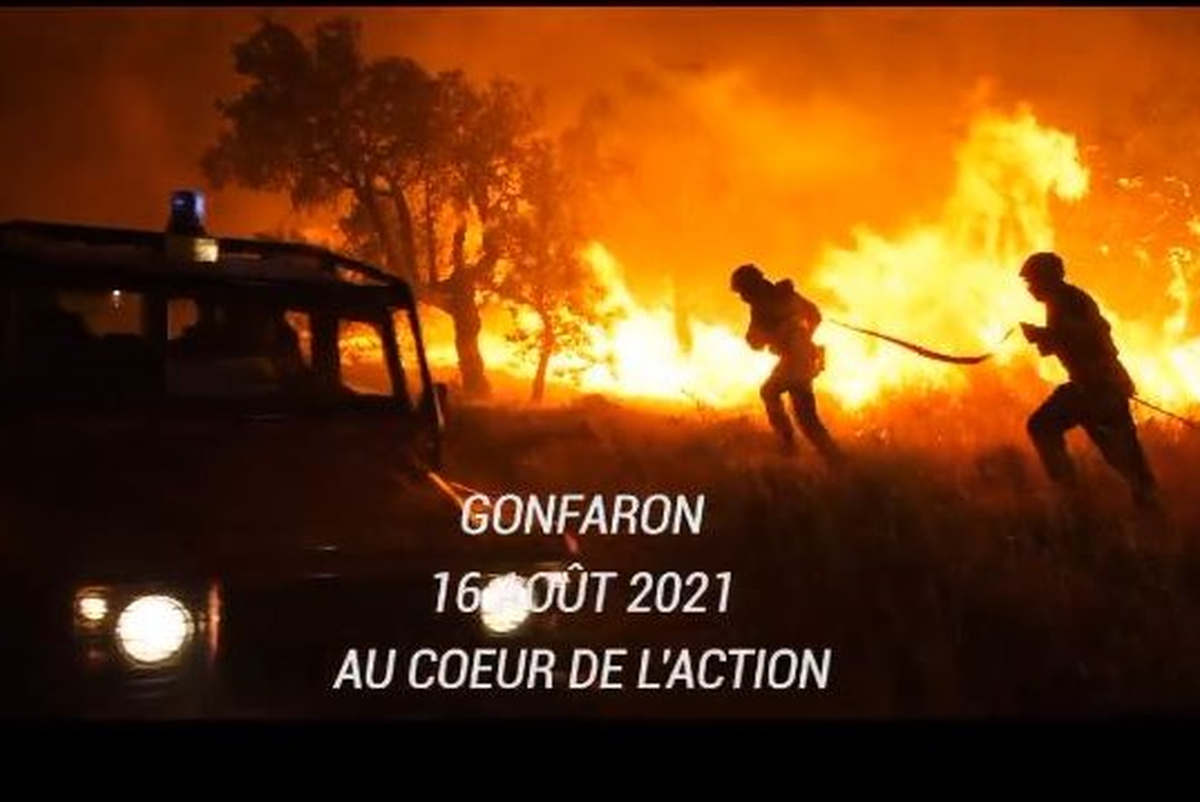 Var firefighters in the heart of the blaze (capture Twitter, SDIS-83)

On the fifth day of the most violent fire of the year which broke out in the Var, the firemen are still fighting against the flames fanned by the east wind. Provisional toll: two people dead and more than 8,000 ha devastated.

The images are impressive. Dark silhouettes stand out from the flames several meters high. Fanned by a violent wind, the fire rages and ravages everything in its path. Nothing seems to be able to stop it: neither the Canadairs that drop tons of water on the front of the fire, nor the firefighters (they have never deserved their name so much) who fight against this ferocious enemy.
The firefighters are exhausted. They have been fighting for four days against this gigantic fire which started on Monday, August 16th in the late afternoon in the commune of Gonfaron, near the rest area Les Sigues, on the A8 freeway.
Despite the deployment of 1,200 firefighters and impressive equipment both on the ground and in the air, the fire destroyed everything in its path. The toll was heavy: two dead, 24 injured and more than 8,000 hectares devastated including many homes.
An investigation was opened to try to find out the origin of this fire. The gendarmes of Draguignan launch a call for witnesses.