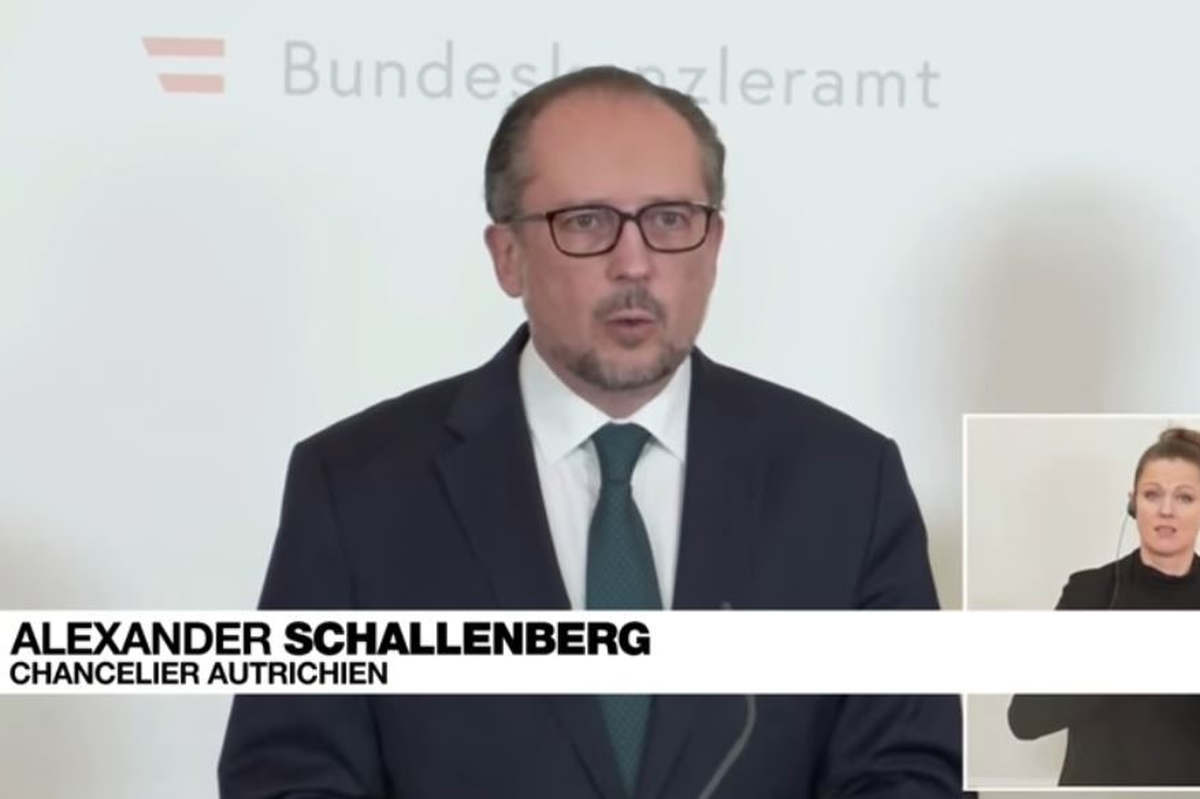 Starting Monday, Austria lockdown for three weeks (until December 12) but schools remain open. Vaccination will be mandatory for all as of February 1, 2022.

Austria hardens its policy to stop the spread of the coronavirus. The Austrian government has decided to re-confine the entire population (vaccinated and unvaccinated) as of Monday, November 22, 2021. However, schools will remain open. The decontainment will take place after December 12, except for the non-vaccinated who will remain confined. The reason: the rebound of the epidemic (in the last 24 hours, 15,809 new infections by the coronavirus have been recorded in Austria and 48 additional deaths in this country of 9 million inhabitants. In all of Austria, 2,871 infected people are hospitalized, which is 84 more than last Thursday).
The details of the implementation of this highly contested containment measure were clarified by Finance Minister Gernot Blümel (ÖVP) with Labor Minister Martin Kocher (ÖVP) and State Secretary for Culture Andrea Mayer (Greens).

In the past two years, we have learned a lot about the virus and also about which aids are particularly effective,” said Gernot Blümel. We are now using the tried and tested toolbox to support companies and jobs in the best possible way. This way, we are quickly ready to start and entrepreneurs get their money faster.”
In addition, the government of Chancellor Alexander Schallenberg has decided that all Austrians will have to be vaccinated as of February 1, 2022. A first in Europe.

As was to be expected, these measures have provoked a number of reactions, notably from the opposition parties. Thus the Austrian liberal party FPÖ, whose leader Herbert Kickl (himself tested positive to Covid), denounced these decisions in a communiqué. “Austria is now a dictatorship”, he said. “The Turkish-Green federal government crosses a dark red line” says Herbert Kickl, for whom this measure is unconstitutional. The FPÖ is waiting for the opinion of the Constitutional Court to know whether the government can attack the “fundamental right to physical integrity of people in this country” (by forcing them to be vaccinated).
For its part, the New Austria Party, NEOS, denounces the Austrian government’s procrastination. “Austria could have been spared all this if it had acted decisively in the summer and early autumn” says President Beate Meinl-Reisinger.

Demonstration in Vienna on Saturday

The list of health professionals who must be vaccinated immediately under penalty of a fine of € 3,600 and one month in prison, concerns 15 professions. A trial balloon before the vaccination of the entire population according to the opposition parties.
The weekly newspaper Wochenblick announces a mega-demonstration in Vienna tomorrow, Saturday, November 20, 2021, and warns its readers that this will be “perhaps the last chance to prevent the vaccination” of the entire population.
The newspaper points out that there are still more than 2 million unvaccinated people. But there are also nearly 6 million people who are doubly vaccinated. Wochenblick emphasizes the words of Wolfgang Mückstein, physician and Minister of Health: “There will be a fourth and perhaps a fifth shot! As we know, former Chancellor Kurz ordered 72.5 million doses of vaccine, that’s enough to vaccinate every resident eight times!”
It promises!