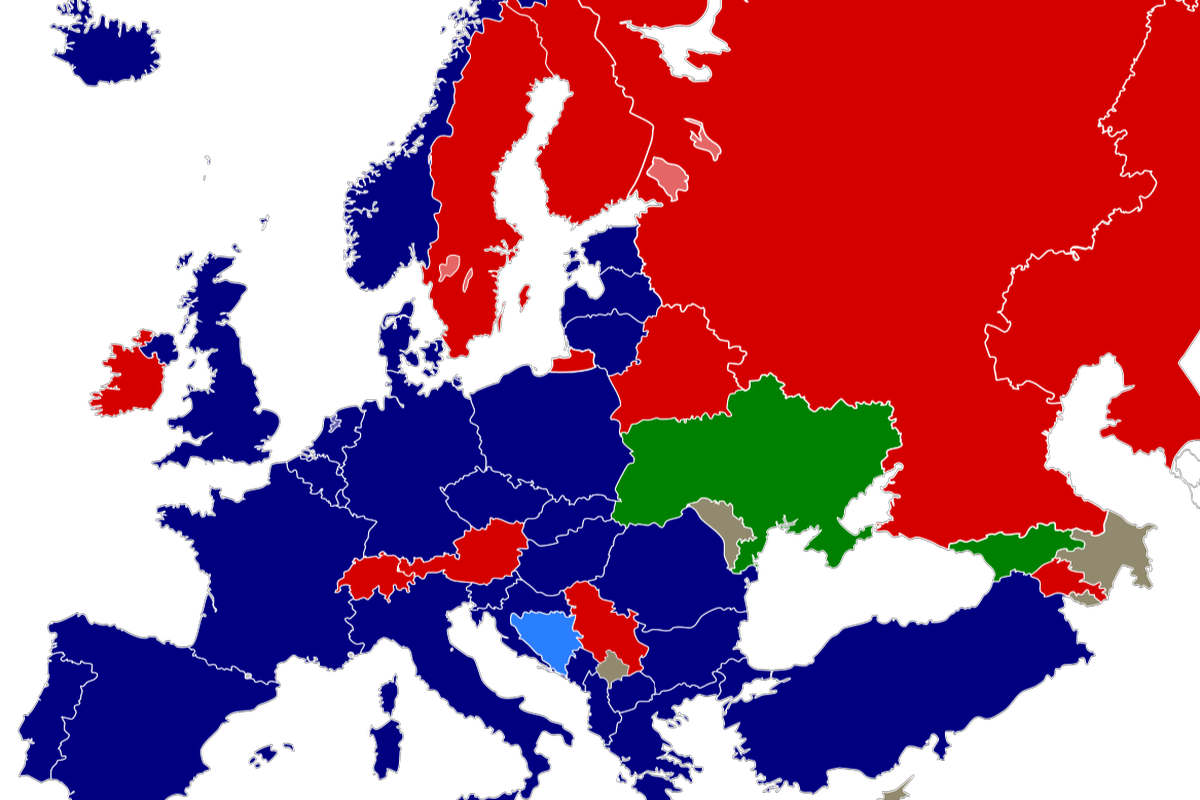 This Thursday, February 24, 2022 at 6:00 a.m. Moscow time, Vladimir Putin addressed his people to explain what he would do and why he would do it.

Putin refers to “the promise made to our country not to expand NATO one inch to the East.” Another lie. He also threatens: Russia, he says, is “one of the most important nuclear powers in the world and also has certain advantages in a number of advanced weapons. In this regard, no one should doubt that a direct attack on our country would result in defeat and disastrous consequences for any potential aggressor.”
He added: “The further expansion of the North Atlantic Alliance’s infrastructure and the military development of Ukraine’s territory are unacceptable to us. (…) For the United States and its allies, this is a policy of so-called containment of Russia, an obvious geopolitical dividend. For our country, it is ultimately a matter of life and death, a matter of our historical future as a Nation.”

“What I think is important to emphasize. The leading NATO countries, in order to achieve their own goals, are supporting ultranationalists and neo-Nazis in Ukraine, who, in turn, will never forgive the people of Crimea and Sevastopol for their free choice to reunify with Russia. (…) In accordance with Article 51 of Part 7 of the Charter of the United Nations, with the authorization of the Council of the Russian Federation and in accordance with the treaties of friendship and mutual assistance with the Donetsk and Luhansk People’s Republics ratified by the Federal Assembly on February 22 of this year, I have taken the decision to conduct a special military operation… Its purpose is to protect the people who have been subjected to abuse, to genocide by the Kiev regime for eight years. And to this end, we will seek to demilitarize and denazify Ukraine, to bring to justice those who committed many bloody crimes against civilians, including citizens of the Russian Federation.”

“Now, a few important words, very important for those who might be tempted from the outside to interfere in the events that are unfolding. Anyone who tries to interfere with us, let alone endanger our country and our people, must know that Russia’s response will be immediate and will lead you to consequences that you have never faced in your history. We are ready to face any development of events. All necessary decisions have been taken in this regard. I hope that I will be heard.
Putin then addressed his “Dear Comrades” and “Dear Citizens of Russia” and finally his “Dear compatriots” and ended with this: “I trust in your support and in the invincible strength that the love of our Motherland gives us.”

Within 24 hours of Vladimir Putin signing a decree recognizing two Ukrainian breakaway territories, the European Union, the United Kingdom and the United States purchased 3.5 million barrels of Russian oil and refined products, worth more than $350 million at current prices. On top of that, the West probably bought another $250 million worth of Russian natural gas, as well as tens of millions of dollars worth of aluminum, coal, nickel, titanium, gold and other raw materials. In total, the bill probably exceeded $ 700 million. Basically it wants to play hardball from the front, and it lies to the People as usual!