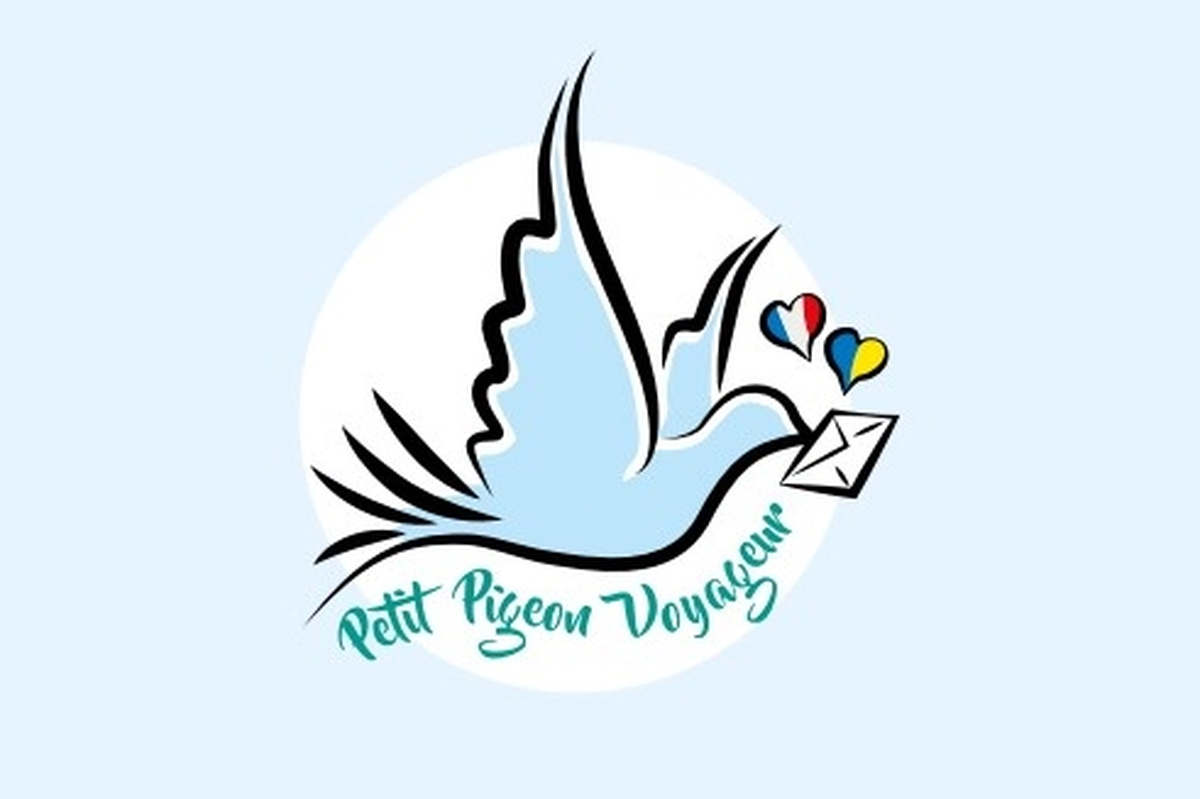 A few words of comfort on a card, a small email to children terrorized by war: the association Petit Pigeon Voyageur wants to send messages of support and friendship to Ukrainians.

While many countries in the world are mobilizing to send tons of material and food to Ukrainians traumatized by the war, Hubert (let’s call him that) is thinking of bringing them also “moral and psychological support”.
How ? “From time immemorial, in times of war, we used carrier pigeons to communicate” he says. This is how the Havas Agency was born, which after the war became the Agence France Presse, the first press agency in the world.
The association Petit Pigeon Voyageur (abbreviated to 2PV) was baptized this Friday morning in Vaudigny (54), a town in the Saintois region, not far from Nancy. Its social object: “To bring its support to the people in distress”. The membership fee is 1 €, but it is possible to give more by becoming a benefactor member.

Hubert, who is the president of the association, wishes to send, every morning, and maybe several times a day, small messages of comfort to Ukrainians, especially to children, not with real carrier pigeons, but via the web.
Here is what we can read on the flyer of the association intended for the French schoolchildren: “In Ukraine, children who look like you live in a country at war. In France, you play war in video games, but over there, it is the real war, dangerous, awful. The association Petit Pigeon Voyageur wants to create a bridge of friendship between France and Ukraine. We need your help. You have an irreplaceable role: to bring your support to the children of Ukraine by sending them, with the help of your teacher, messages of support, friendship and encouragement. They will know that you are thinking about them and their lives will be a little brighter. The Little Pigeon thanks you !

“They think of us, over there, in Lorraine”

These epistolary exchanges assume that the sender has the e-mail address of the recipient(s). This is not easy in times of war, when traditional communications no longer exist and the telecommunication infrastructure is damaged.
“We have contacted associations such as Lyuba Lorr’Ukraine, which has established very strong relations with the Ukrainians. She will help us, get in touch with schools, associations, groups that need us,” explains Hubert. It may not be much, a little word of sympathy from Lorraine, but it is a lot when you are living in dramatic situations. The children and their parents will undoubtedly be delighted to know that we are thinking of them, over there, somewhere in eastern France.

To join the association, send an e-mail to petitpigeonvoyageur@gmail.com