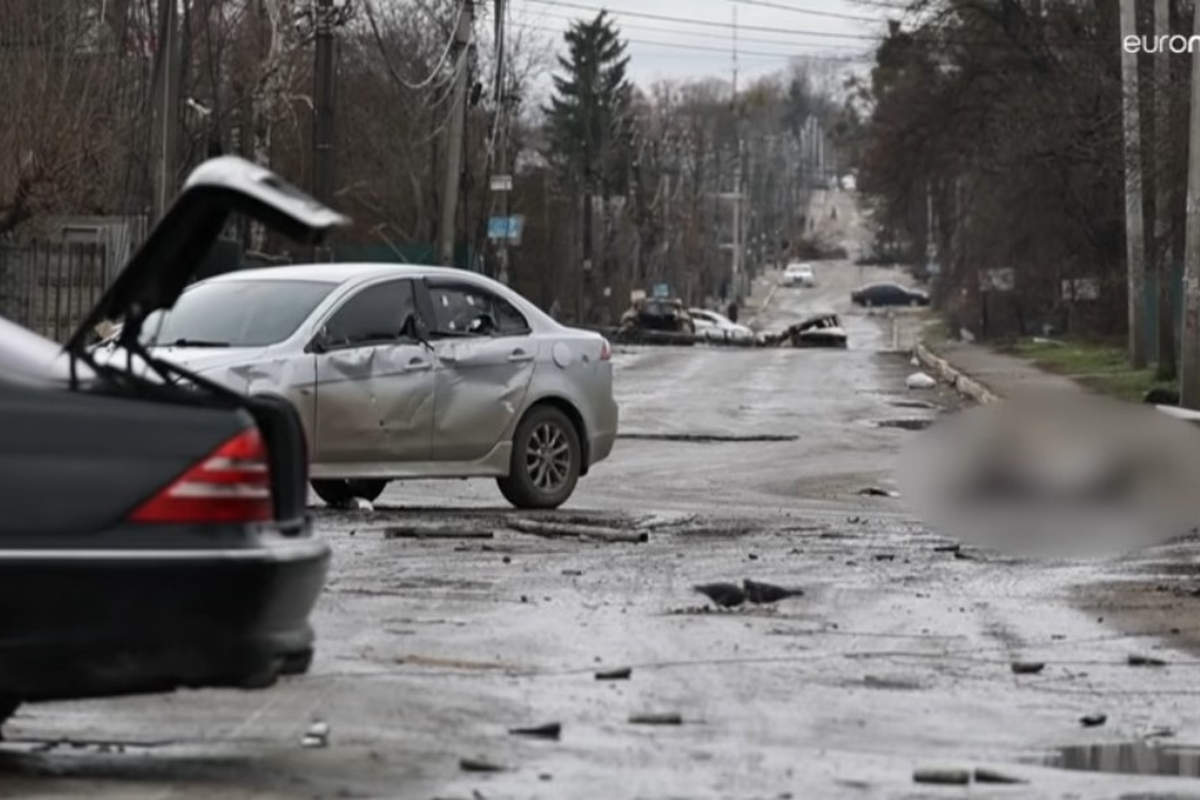 The international community is shocked by the images of civilians massacred by the Russian army. President Zelinsky speaks of genocide. The Kremlin denounces a manipulation by the image. Who is telling the truth ?

The more the days go by, the more the public opinion discovers the horrors of the war live on TV screens. Emotion guaranteed, on the 13 hours and the 20 hours. Cities razed by bombing. Millions of women and children fleeing the hell. Shocking testimonies of old people trapped in an unjust war. The same images, the same comments, the same day, on all the television channels. As if there was only one source of information for all the media on the planet.
Today, the shock of the images comes from Boutcha, in the Kiev oblast. This town of 37,000 inhabitants was occupied and bombed by the Russian army. But it withdrew on 3 April at the request of the Kremlin, leaving behind a spectacle of desolation.

The mayor of the city, Anatoli Fedorouk, counted 287 dead in his municipality on Saturday. On Sunday, the Prosecutor General of Ukraine Iryna Venediktova announced that 410 corpses of civilians, some of whom were tortured before being shot. The images of the streets of the city, littered with corpses, have made the rounds of television around the world.
Volymyr Zelinsky went to the scene. He commented live to the press: “These are war crimes and will be recognized by the world as genocide,” he said.
The UN High Commissioner for Human Rights, Michelle Bachelet, said she was “horrified” by the images from Boutcha. “The information emerging from this area and elsewhere raises serious and disturbing questions about possible war crimes and serious violations of international humanitarian law and grave human rights violations,” she said in a statement. It calls for “preserving the evidence”.
Emmanuel Macron said “[His] compassion for the victims, [his] solidarity with the Ukrainians. The Russian authorities will have to answer for these crimes.”
In short, the international community unanimously and unreservedly condemns these despicable acts.

A meeting of the UN Security Council?

Except, of course, Russia. The Kremlin rejects all accusations that target the massacres of civilians of its army and, in particular, Boutcha. “We categorically reject all accusations,” said Kremlin spokesman Dmitry Peskov, explaining that the images were the result of “video falsifications” intended for the Western press.
As proof, Moscow is calling for an international investigation into these facts. “Russia wishes and demands that this be the subject of international discussions. It asks for a meeting of the UN Security Council for “hateful provocation”, in a way for slanderous denunciation.

Who is telling the truth? Is it possible to falsify reality to this extent? It is difficult to say. The journalists on the spot are under the protection of one side or the other. They can only see and film what they want to see. This is the case for all conflicts.
What is certain is that since the beginning of the invasion of Ukraine, we are immersed in a war of communication. The news, true or false, are formidable weapons that can hurt, that can even kill. Images too. It is a question of taking public opinion as a witness, with increasingly strong emotions, to force States to take a stand.
What is questionable is that the Russians deliberately left so many bodies in the streets, in full view of everyone, including the cameras of the international press. For once, and perhaps for the first time since the beginning of this war, journalists are finding that there are questions to be asked about such conspicuous war crimes, as if there had been a desire to display it. Usually, a criminal hides the object of his crime. Here, it is the opposite. Astonishing!
Because the emotion aroused by these images hit home. But there is no contradictory source. The Western camp has, from the outset, prohibited any information coming from the media of Russian obedience. So we have only one point of view, that of Ukraine.
Thus, the Russia Today channel, which was banned from broadcasting, went to the Court of Justice of the European Union (CJEU) with the support of the journalists’ union for obstructing freedom of expression.
But it gets worse. The major international media, especially the digital giants, practice large-scale censorship of newspapers and articles that do not fit in with the Western doxa. The one according to which there are good guys on one side and bad guys on the other. This Manichean vision of the world that America wants to impose on the whole planet.
The question is who are the good guys and who are the bad guys. Do you have an idea?