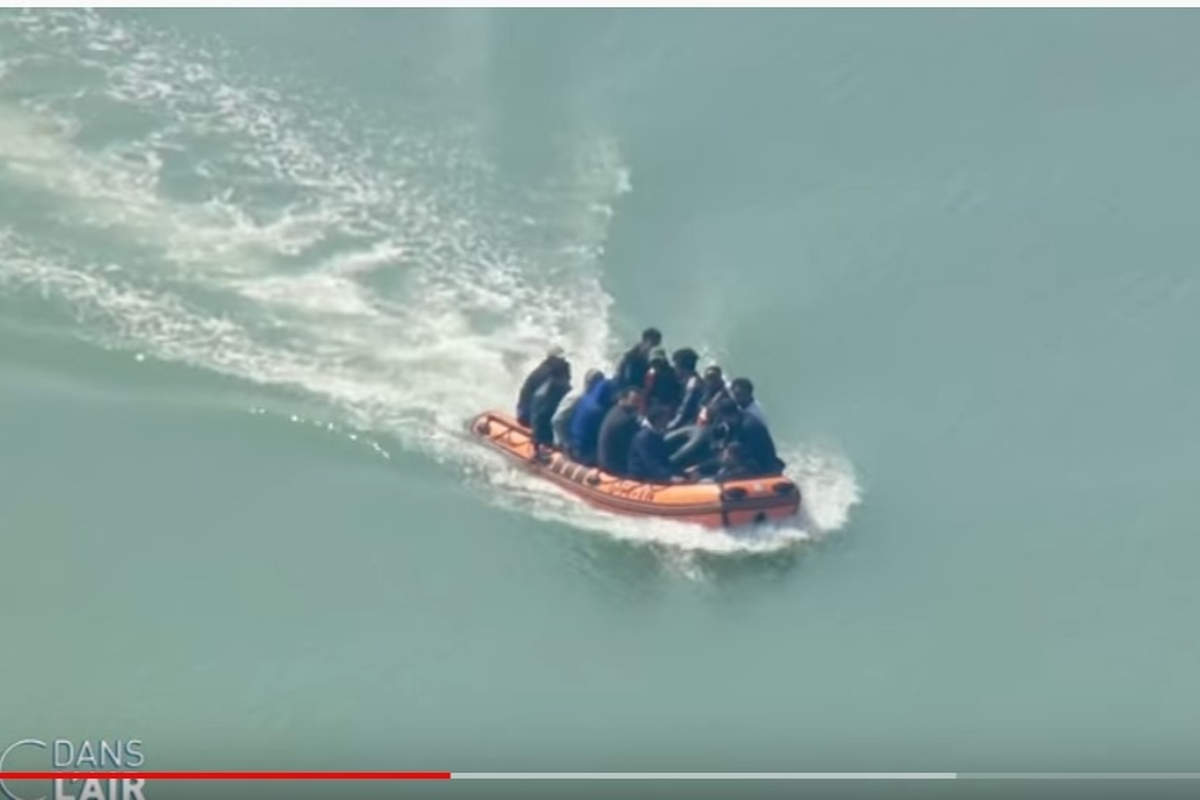 The association Utopia 56 is concerned about the huge increase in the number of migrants crossing the Channel illegally to return to England: 6695 since the beginning of the year, compared to 1631 at the same time last year, i.e. over 300%.

Utopia 56 is an association of citizen mobilization that comes to the aid of exiled and homeless people, unconditionally and without distinction of legal status, through 8 branches in France. It notes the difficulties for migrants to stay in France and the risks they take to reach England.

Never have so many people in exile crossed the Channel by boat,” says Utopia 56 in a statement. Despite French and English public spending on “securing” the border, since the beginning of the year, the number of crossings has increased fourfold as of April 19, 2022, with 6,695 crossings compared to 1,631 last year on the same date.
In addition to those who succeeded in crossing, there are also the numbers of those who failed and remained blocked in France. In Grande-Synthe, in just four months, from January to April 2022, the Utopia 56 teams have already received 36 distress calls at sea, compared to 59 calls received over the whole of 2021. In the week of April 11 alone, we helped 276 people who tried to leave but were unable to do so, women, men and children in a state of total exhaustion, by distributing survival blankets, water and food. In the great majority of the cases of shipwreck, after being rescued at sea, the people are abandoned at the ports without any accompaniment of the State.

27 dead in a shipwreck

Following the shipwreck that killed at least 27 people in the English Channel on November 24, 2021, France and Europe have opted for a repressive response with the deployment of a Frontex aircraft over the Channel and an increase in the means put into the fight against the networks of passage.
“The over-militarization of the northern coastline leads to greater risk-taking, with departures occurring earlier in the year, despite strong winds and cold, rough seas. Before, the boats left from Sangatte, 37 km from the English coast, but today we see that some departures are almost from the Bay of the Somme, which means more than 60 km to cross in extremely dangerous conditions,” explains Marguerite Combes, coordinator of the Utopia 56 office in Calais.

The vast majority of the people met by Utopia 56 teams in the North “share the desire to stay in France if the conditions for a dignified reception were met. However, the policy of dissuasion consciously implemented by the French government at the national level, the application of Dublin returns, the situations of living on the street and all the types of institutional violence that these people face push them to want to leave the country at all costs.
On April 14, 2022, again with the aim of dissuading people from seeking protection, the Home Office formalized a 144 million euro agreement between London and Kigali for the transfer of exiled people, from wherever they come from, who arrived through the Channel to Rwanda. According to the British government, the first returns should take place from May 10. Despite a retroactive application of the removals, 254 people crossed yesterday.
While the only result of these policies is to generate wandering, distress and violence, we once again call for the establishment of a dignified reception scheme and safe passage routes for all those seeking protection in France and Europe.”