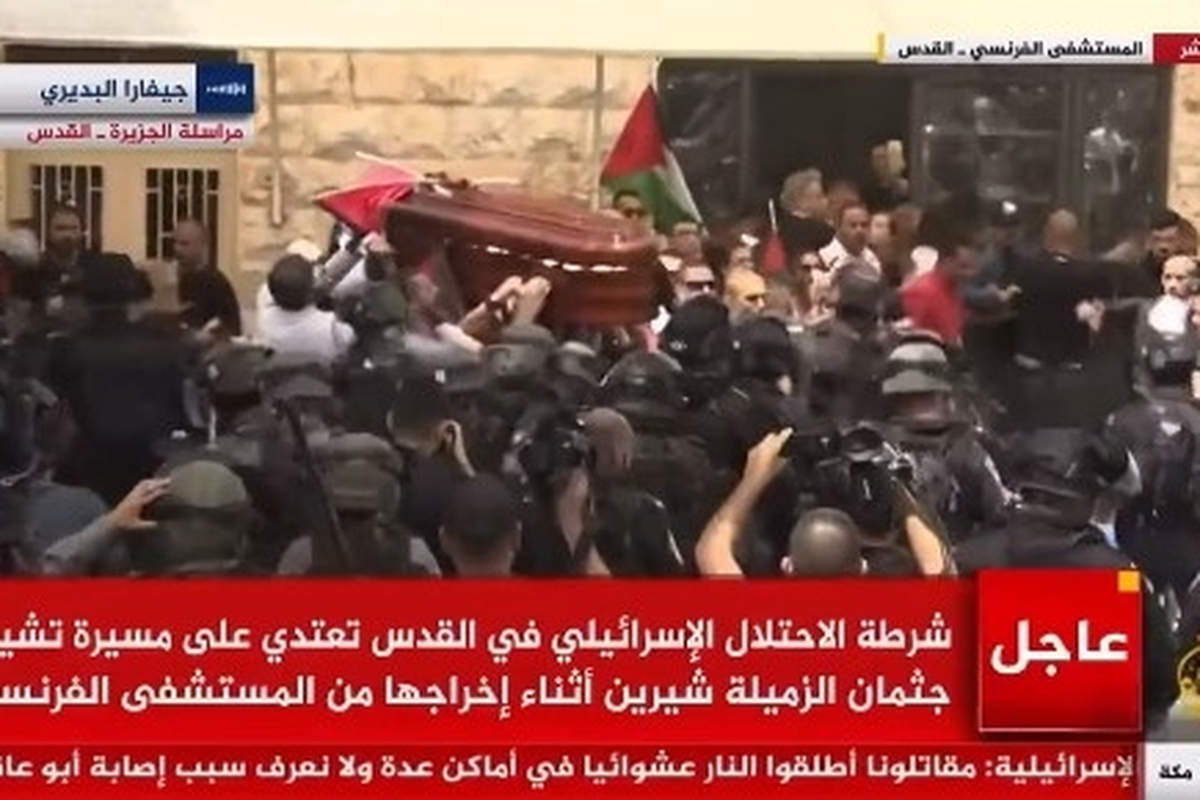 The Palestine TV channel broadcasted unbelievable images in which Israeli police brutally dispersed the crowd surrounding the coffin of journalist Shireen Abu Akleh. The 51-year-old American-Palestinian journalist, star of Al Jazeera television, was killed on Wednesday during an Israeli army intervention in the occupied West Bank.

It was on leaving St. Joseph’s Hospital in Jerusalem, as the funeral procession accompanied the coffin, that the scuffles took place.
This gratuitous brutality was condemned by the international community, including the European Union.
The Israeli police claimed that the Palestinians had thrown stones at the police, forcing them to use riot control measures.

1/2 Today, EU 🇪🇺and likeminded partners attended the funeral of Shireen Abu Akleh in occupied East Jerusalem. Appalled by the violence in the St Joseph Hospital compound and the level of unnecessary force exercised by Israeli police throughout the funeral procession.