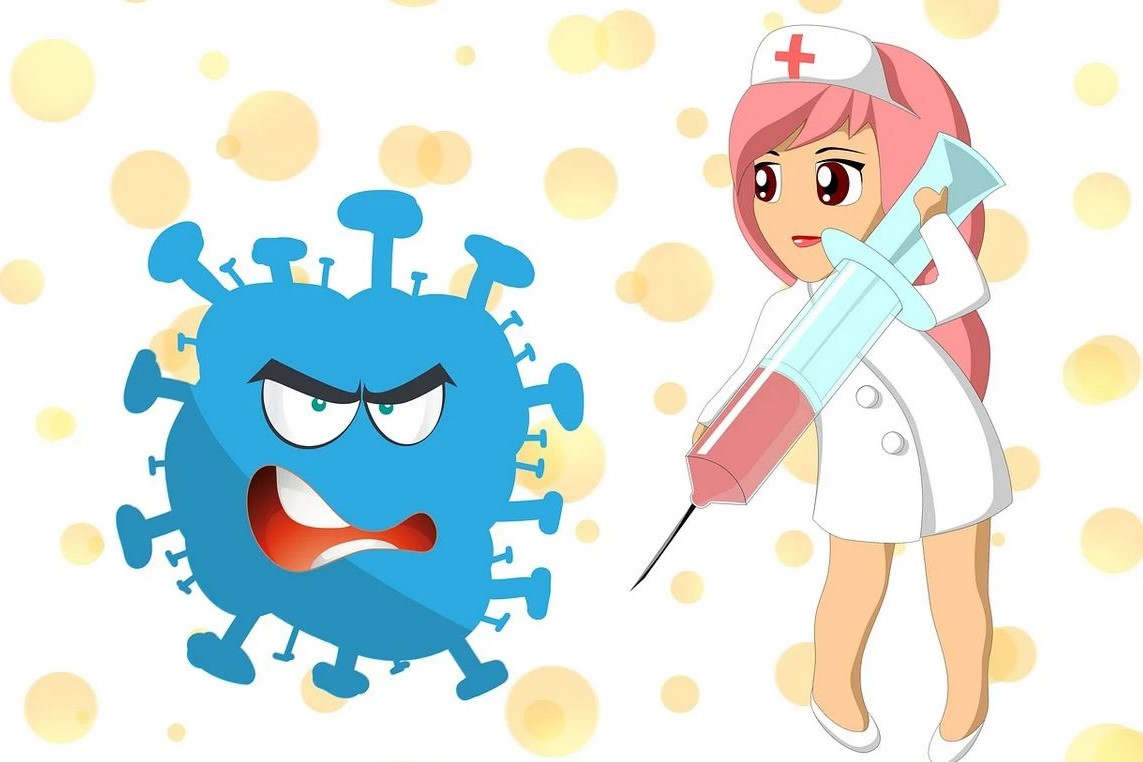 Seventh wave of Covid-19, fourth vaccination campaign and always the same observation: the more we vaccinate, the more the side effects get worse. How far and how long will this madness go on ?

“I receive many young people for cardiovascular problems,” admits this cardiologist from Lorraine who prefers to remain anonymous to avoid the wrath of the Conseil de l’ordre. My practice is always full. It’s the same with my colleagues. The effects of the vaccine? Of course, but we mustn’t say so!
Doctors and scientists are seriously questioning the serious side effects of vaccines and their implication in the degradation of natural immunity, by dint of injecting the same antigen into the body.
This is what this study published in the Swiss Medical Journal supports by stating that “The pathogenesis of COVID 19 may involve a well known mechanism that could have implications on the disease: that of facilitating antibodies (FBA).

The edifying example of Germany

In other words, the more we vaccinate, the more we encourage the emergence of the disease and the more we create new variants that are increasingly resistant to vaccines. A concrete example, in Germany.
The magazine “eugyppius” publishes a map established on June 28, 2022 by the Robert-Koch Institute (German equivalent of the Pasteur Institute) entitled: “Omicron BA.5 prefers the hyper-vaccinated and masked West Germans and avoids the former GDR.”
Indeed, the border between the former East Germany and the former West Germany can be clearly distinguished on this map. Explanation: “East Germans have direct experience of government propaganda and have proved more resistant to the vaccination campaign than Westerners. Their reward, after much denigration by the state media, is now a higher level of natural immunity and a lower rate of BA.5 infection, which seems to prefer vaccinated populations.”

The vaccine is more dangerous than the virus

The findings are multiplying in the same direction. “The situation continues to worsen for those vaccinated, despite the lack of change in vaccination. This is the Omicron season, from March to June (the end of the flu season). Hospitals, airlines and more are not staffed due to illness. All with mandatory vaccines” tweets DKS Data Consulting Group (Canada).
“The explosion of deaths in the most boosted countries, highlights an increased virulence for the multi-injected” says the blog of Professor Patrice Gibertie.
Increase in SARS-CoV2 cases, hospitalizations and deaths among vaccinated elderly populations during the Omicron (B.1.1.529) variant outbreak in the United Kingdom, confirms the MedRvix scientific pre-publication site.
In France? “From January 1 to June 13, 2022, 306,524 deaths from all causes were recorded in France as of June 24, 2022, 6.5% more than in 2019 (+18,623 deaths). However, this number is still provisional and will be revised upwards in the coming weeks,” writes INSEE.

A link with Covid-19 or with vaccines? For the moment, we don’t know. What we do know is that the Pfizer vaccine, the most injected in France, when it appeared 18 months ago, had to be kept at a temperature of -70°C. Nowadays, vaccines are kept in a simple refrigerator at +3 or +4 degrees. This vaccine was designed to combat the original Wuhan strain. However, this strain has completely disappeared to make way for the numerous variants that followed, up to the current BA.4 and BA.5. We can therefore wonder how effective this vaccine is against the new forms of the virus. And if the huge stocks gathered by Europe have been renewed or not.

The example of Florence Hainon

Florence Hainon is 48 years old in 2021. She is a dynamic, sporty, fit young woman who lives in the Avignon region. Her oldest son is studying in Switzerland. In the middle of a pandemic, she wants to be vaccinated to get him back during her summer vacations.
In July 2021, she is vaccinated with the Pfizer vaccine. She knows she has an allergic condition. She talks to her allergist to get a check-up and find out what she can expect. Result: all vaccines are forbidden to her, except the Pfizer.

Complaint against the State

“Wednesday, July 28, 2021, I go to the vaccination center in Montfavet. The doctor’s answer when he read my file: “I vaccinate you, if you react, you can’t file a complaint against me. You will have to file a complaint against the State”.
Eight minutes after the injection, Florence was in slight respiratory distress. Plaques of urticaria appear. She is taken in charge by the firemen.

“Thursday, July 29, 2021. Appointment at the general practitioner’s for a work stoppage, because my condition is deteriorating, she says (high fever, aches). The time to stay in the waiting room. She receives several phone calls from the High Authority of Health. They tell her: “you must be happy, you did not die of Covid”.
“I also received a call from the pharmacology department in Marseille who contacted me every 2-3 days (the time I stopped) to find out about the side effects.

Because things are not getting any better

“Friday, July 30, 2021 late afternoon, I pee myself. Really worrying. I call the firemen who tell me by phone that it is probably a side effect of the vaccination.
Saturday, July 31, 2021: while accompanying my 15 year old daughter to a birthday party, I have a stomach ache. Emergency consultation with a general practitioner. Certificate: the patient presents Guillain-Barré symptoms. I am sent to the emergency room where I spend most of the night. Contractions as strong as for childbirth”.
The side effects continue: fever, nausea, dizziness, blood pressure at 16 when it usually varies between 9 and 11.
Last week off, ulcerative edema on legs.”

Florence returned to work on August 19 with intense fatigue and concerns about paralyzed sphincters.
“At the beginning of December, I sent many emails to the High Authority of Health, to the general practitioner, to the pharmacology department in Marseille, in order to have the file filled out to avoid me a second dose. Nobody wanted to fill it in…
It was very complicated to get the medical file filled out by the vaccination center. But I managed to do it.
In the meantime, my allergist contacted me and told me that the allergology department in Aix-en-Provence would see me in January to do some tests. Hospitalization in order to be under surveillance. Travel expenses not reimbursed and paid vacation day deducted.
What a nightmare! And what a story!”