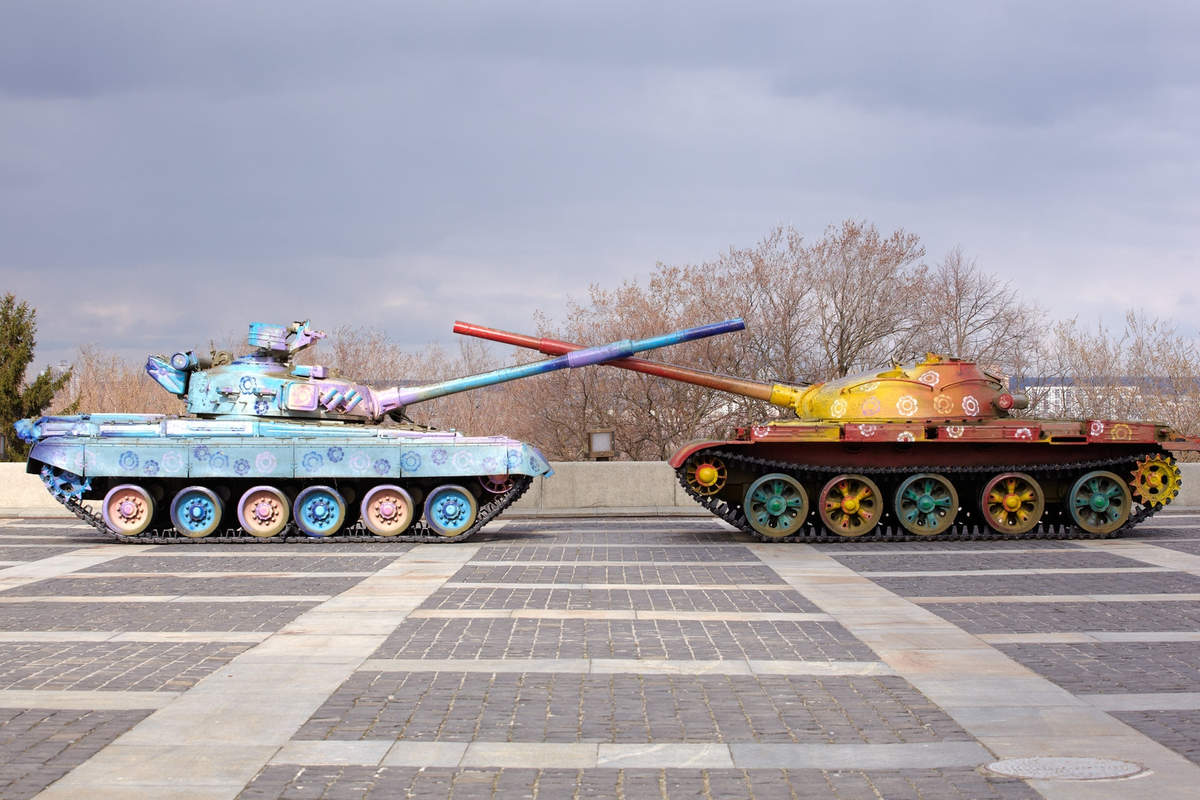 The tanks in Kiev (UnlimPhotos)

Two and a half months after Russia’s invasion of Ukraine, things are not going quite as planned. On both sides.

It is a truism that wars rarely go as expected. As Winston Churchill memorably wrote : “Let us learn our lessons. Never, never, never believe any war will be smooth and easy, or that anyone who embarks on the strange voyage can measure the tides and hurricanes he will encounter. The statesman who yields to war fever must realize that once the signal is given, he is no longer the master of policy but the slave of unforeseeable and uncontrollable events.”
There have been unpleasant surprises all round and not just for Russia.

The setbacks of the Russian army

On the face of it the failure of Russia to take Kiev in the early days of the war is the outstanding example. It is doubtful that Moscow really expected to capture a city of three million inhabitants with only 40,000 men. But it is clear that they would have liked to have generated a quick change of government and meaningful negotiations by shock tactics. What we have seen looks like what used to be known in 18th and 19th Century warfare as a ‘Forlorn hope’ [NB en français ‘Les enfants perdus’]. A desperate attempt to end the war quickly that probably would not succeed but was worth the risk of the lives of brave men. This is confirmed by Putin’s appeal to the Ukrainian generals to overthrow Zelensky in the early days of the war and his emotional speech thanking those soldiers who lost their lives.

That initial hope was disappointed and the grim task of fighting through massive fortifications prepared over eight years with NATO’s help in the Donbass continues. Note that it is slow because such fighting always is, as the Pentagon has admitted. In this case it is especially difficult because it is in population centers to make things as difficult for the Russians as possible. It is also an area of many rivers. Added to this the Russians and their allies the Donbass Republican forces are hampered by the need to avoid killing their own people and destroying their own country as far as possible.

Rather less talked about, but disastrous for the Kiev government, shock number one has been the complete annihilation of their air defense system and inter unit communications within the first 24-48 hours of the war. An invasion was expected but the Russian forces achieved complete tactical surprise and with it air supremacy. Clear evidence of this is the huge Russian convoy that notoriously sat outside Kiev for more than a week and was at no time attacked. Thus since the beginning of the war the Ukrainian forces have been stuck in fixed positions and cannot maneuver. They are slowly but surely being destroyed, piece by piece, by a greatly superior enemy.
They have defended themselves all the more fiercely because the Ukrainian soldiers and officers know that if they try and surrender they are liable to be shot in the back by their own officers. So it is hard going for the Russians and their Donbass allies but there is no reason to suppose that they are surprised by this as is often alleged in the Western media.

Another nasty surprise for Ukraine seems to have been the absence of direct NATO military intervention, at least so far. There is an important interview with the leading Ukraine presidential adviser Alexei Arestovich as long ago as February 18 2019, where he predicts war in 2022 and said, quite openly, that a general war with Russia would be ‘the coolest thing’ because it would lead to a western intervention with a no fly zone protecting the weaker Ukrainian forces. So far he has his general war but no sign of Western boots on the ground or in the air.

It may be that his miscalculation had its roots in the announcement by President Putin of the new series of hypersonic and other inter-continental nuclear missiles against which there is no defense. In a dramatic speech to the Russian Federal Assembly March 1 2018, Putin described the new weapons. He said then that in 2004 when the United States abandoned the Anti-Ballistic Missile (ABM) treaty, that he warned Russia would protect itself but no one listened. He continued with his usual directness ‘No, nobody really wanted to talk to us about the core of the problem, and nobody wanted to listen to us. So listen now.’ It is very possible that blinded by his hatred of Russia Arestovich was not listening but that in the Pentagon in Washington they were and that they realized that from then on to threaten Russia militarily is no longer possible without the danger of assured mutual destruction (MAD).

The U.S. and its allies have had their share of shocks and surprises, including the near total failure of their asset seizure and sanctions plan that was supposed to bring Russia to its economic knees.
As President Macron put it, “their currency is collapsing, they are defaulting on their payments, and they are increasingly isolated,” which will lead to cease-fire negotiations.
In reality, the Russian currency is stronger than before the war, the euro is collapsing, Russia is not in default.
The rest of the story remains to be written.