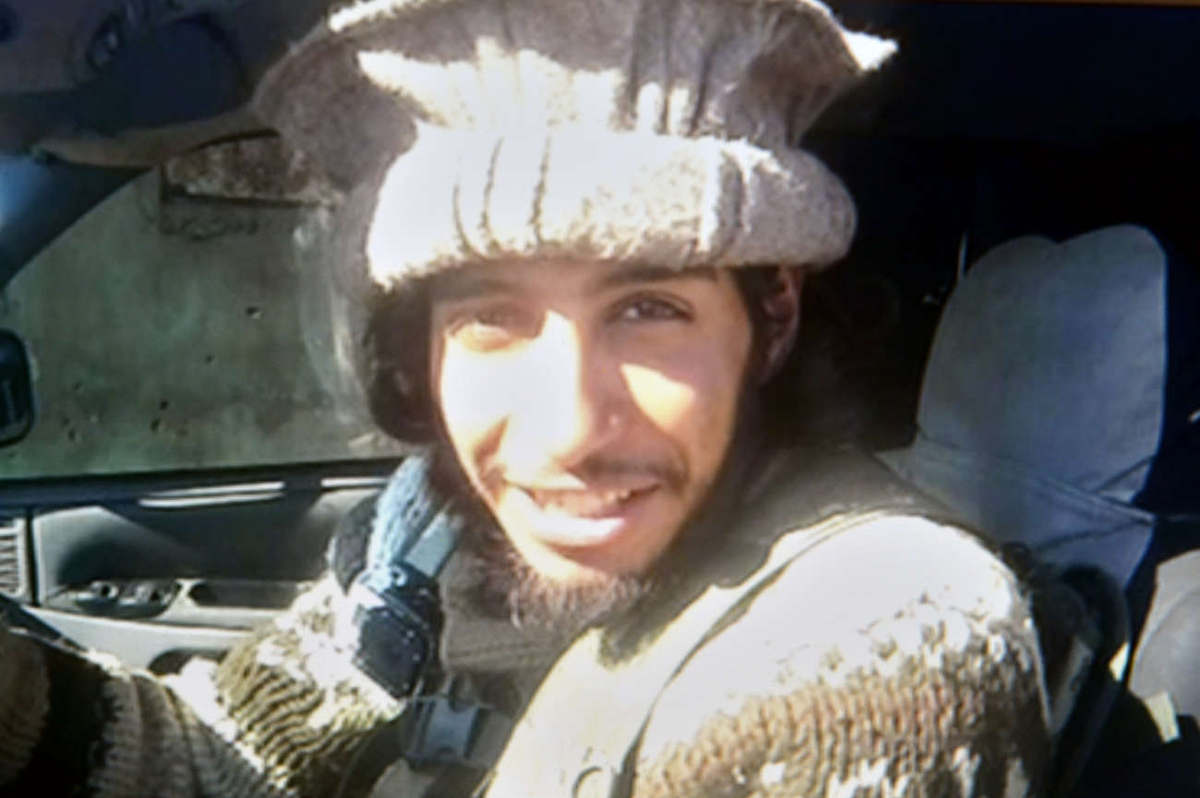 The operational leader of the commandos of the November 13 attacks in Paris, Abdelhamid Abaaoud, was born on April 8, 1987, in Anderlecht, Belgium, and died on November 18, 2015 in Saint-Denis.

Abdelhamid Abaaoud, known as “Abu Omar Al-Belgiki”, is a Belgian-Moroccan jihadist who became known for his delinquency in the commune of Molenbeek-Saint-Jean, near Brussels. He was involved with the most radical Islamists from a very early age. At 26 years old he made a first trip to Syria. It was in March 2013.

The attack on the Jewish Museum in Brussels

Back in Belgium in 2014, he kidnapped his 13-year-old brother, Younes, to take him with him. The investigation carried out after the 13-November attacks in Paris allowed us to reconstruct his jihadist path.
On January 16, 2014, while still in Belgium, Abaaoud received a phone call from Mehdi Nemmouche, who called him from a Turkish phone. The two men had known each other in Syria. On May 24, 2014, Nemmouche committed the attack on the Jewish Museum in Brussels.
Back in Syria, Abaaoud becomes famous. He is one of the most wanted terrorists in the world. Indeed, he appeared as a real star in a report broadcast by BFMTV, on March 27, 2014, where we see him, a few days earlier, dragging behind his pickup the mutilated corpses of civilians massacred in Syria.
He was then rubbing shoulders with many French-speaking jihadists. He joined the al-Mouhajirine brigade.
He was the subject of an arrest warrant issued by the Belgian justice system for his departure to Syria. He was sentenced in absentia to 20 years imprisonment for recidivist acts of terrorist association.

Emir within the al-Battar katiba

Abaaoud returned to Syria where he and his group fought rebels in the Aleppo region. In July 2014, he was appointed emir within the katiba al-Battar. He then had 170 French-speaking fighters under his command. Subsequently Abaaoud was recruited by the Amniyat, the Islamic State’s intelligence services. He passed through Turkey and settled for some time in Athens. It is from there that he supervises the “Verviers cell” which plans an attack in Belgium. But the attack is foiled by the police and the two terrorists sent by Abaaoud are killed in an exchange of fire. It is January 15, 2015.
Secret services around the world are on alert. They locate Abaaoud’s hideout in Athens. When the police arrive, the terrorist has left for Syria. But two of his accomplices are arrested.

Preparation of the attacks

A report written by the FBI indicates that Abdelhamid Abaaoud had his family in Belgium call him to announce his death. This staging allows him to travel in Europe without arousing suspicion. Thus, he was able to lead a cell of the Islamic State based in Belgium and organize various projects of attacks.
Thus, Abaaoud’s name appears behind the Thalys attack of August 21, 2015 and in the project of an attack in the church of Villejuif that was to perpetrate one of his lieutenants, Sid-Ahmed Ghlam, whom he trained himself to handle weapons.
But above all, Abaaoud recruited the terrorists who were to intervene on November 13 in Paris. He is suspected of having radicalized, in particular, the Abdeslam brothers, his childhood neighbors, in Belgium.
However, Abaaoud did not act on his own. He was taking orders from a suspected sponsor, Osama Atar, born May 4, 1984, in Laeken, Belgium, who died in 2017 in Syria. Atar is one of Daesh’s intelligence officials.

Hiding in a bush

After having planned the attacks of November 13 from Syria, Abaaoud went to Belgium via Austria. Then, with his accomplices, he arrived in France. He was part of the Terrace Commando with Brahim Abdeslam and Chakib Akrouh. For 20 minutes, the three terrorists machine-gunned the people sitting on the café terraces with Kalashnikovs. A real massacre. 39 people died and dozens were injured. Brahim Abdeslam activates his explosive belt. His accomplices flee.
The two terrorists are spotted by a surveillance camera at the entrance of the Croix-de-Chavaux metro station, then at Nation. Their phone was spotted near the Bataclan at the time of the shooting that killed 90 people and injured dozens.
Abaaoud and Akrouh then hid for several days in a bush at the foot of the A86 highway in Aubervilliers. A cousin of Abaaoud came to get them and took them to an apartment on rue du Corbillon in Saint-Denis. But they were being watched by the police. It is in this apartment that Abdelhamid Abaaoud, Chakib Akrouh and the cousin will find death, in the Raid assault of November 18, 2015.