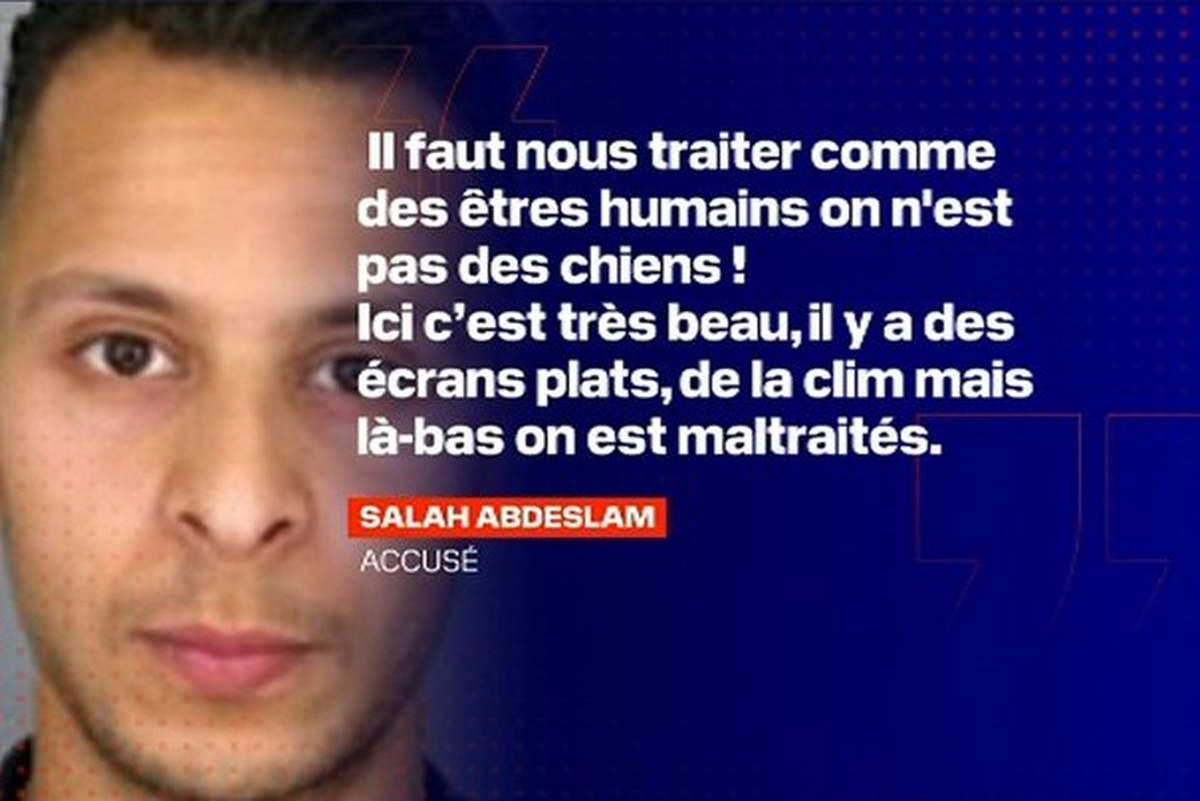 The only survivor of the 13-November commandos, Salah Abdeslam shouted in the dock of the defendants of the Paris court of assizes "We are treated like dogs"!

The only survivor of the 13-November commandos, Salah Abdeslam shouted in the dock of the defendants of the Paris court of assizes “We are treated like dogs”!

The first day of hearing of the special court of assizes of Paris, which tries twenty defendants, authors or accomplices of the attacks of November 13- 2015, which killed 130 people and injured several hundred, opened this September 8, 2021 in a rather tense atmosphere.
All eyes are on the main defendant, Salah Abdeslam, a French-Moroccan, the only survivor of the three commandos, who has just met with his lawyers, Olivia Ronen and Martin Vettes.
President Jean-Louis Périès asked the defendants to state their identity. The first, in alphabetical order, is Abdeslam who speaks:
-First of all, I want to testify that there is no god outside of Allah and that Muhammad is his prophet, he says.
To which the president cut short:

– Yes, we will see that during the debates. Can you confirm the names of your parents?
-My parents have nothing to do with this,” the accused replies.
-What was your profession before your arrest, asks the president?
-I gave up any profession to become a fighter for the Islamic State,” replies Abdeslam.
-Ah, I had noted interim,” says President Périès.
-What is your address? Before your arrest… the president clarifies.
-I no longer have an address,” said the accused (who is being held in Fleury-Mérogis).
The interrogation of the co-defendants continues when one of them, Farid Kharkhach, becomes unwell. The hearing was suspended. When the hearing resumed, Salah Abdeslam took the floor and shouted:
-You are well, here, you have flat screens, air conditioning, but we are like dogs. I’ve been treated like a dog for six years. I have never complained, because I know that I will be resurrected, and that you will be accountable.
The president resumed:
-Mr. Abdeslam, we are on another register here, we are not in an ecclesiastical court, but in a democratic court.
The hearing continues. It should last several months.