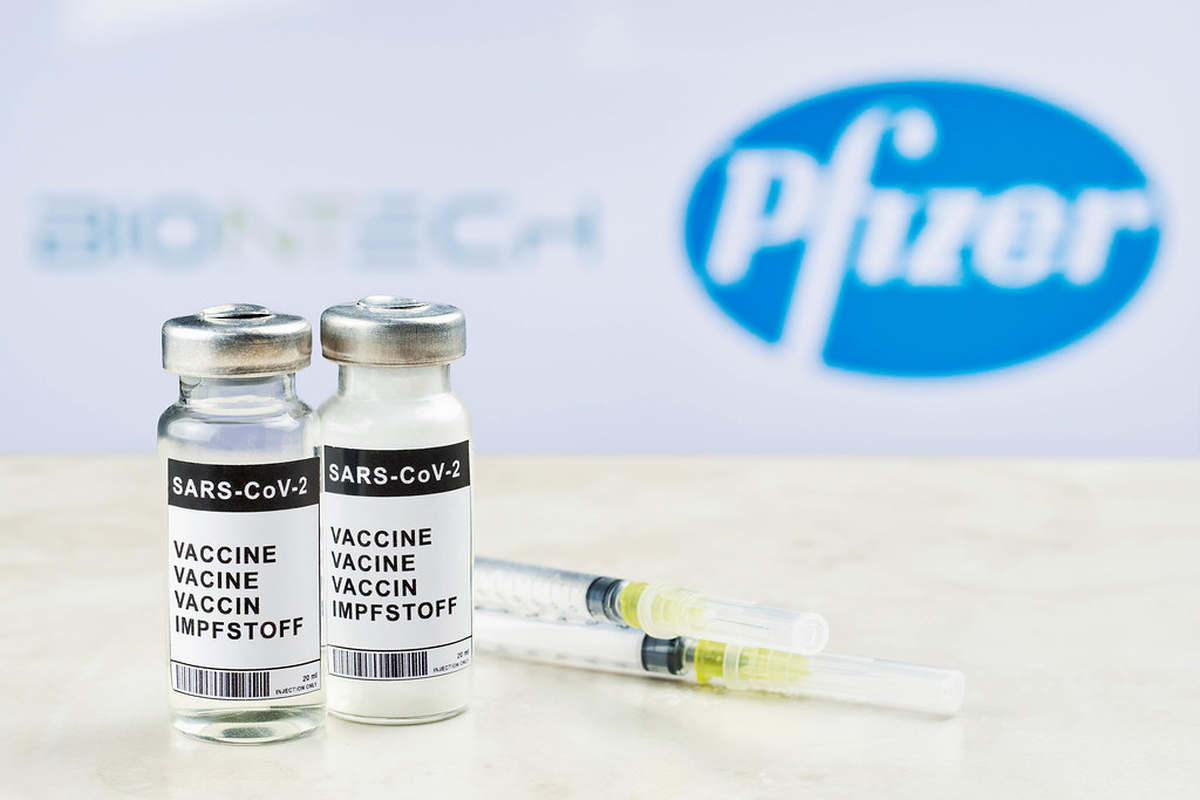 The U.S. Food and Drug Administration (FDA) has eight months — not the 75 years it asked for — to release all documents related to the licensing of Pfizer’s Comirnaty COVID vaccine, a federal judge ruled Thursday.
Judge Mark Pittman of the U.S. District Court for the Northern District of Texas, quoted President John F. Kennedy, writing, “a nation that is afraid to let its people judge the truth and falsehood in an open market is a nation that is afraid of its people,” in his decision.

Judge Pittman rejected the FDA’s claim that it could release redacted versions of documents at a rate of only 500 pages per month, which would have meant the full cache of documents wouldn’t become public until 2096.

The FDA, in its argument, recognized that it had an “obligation” to make the information public, but claimed its Center for Biologics Evaluation and Research, which maintains the records in question, has only 10 staff members, two of whom are “new.”

The documents in question relate to a Freedom of Information Act (FOIA) request filed in August 2021 by Public Health and Medical Professionals for Transparency (PHMPT), a group of more than 30 medical and public health professionals and scientists from institutions such as Harvard, Yale, and UCLA.
In his four-page order, Judge Pittman ordered the FDA to produce more than 12,000 pages of documents on or before Jan. 31, and thereafter to “produce the remaining documents at a rate of 55,000 pages every 30 days, with the first production being due on or before March 1, 2022, until production is complete.”
According to this timeline, the almost-400,000 pages of documents will have been made public, within eight months, rather than by the year 2097.
In its FOIA request, PHMPT asked the FDA to release “all data and information for the Pfizer vaccine,” including safety and effectiveness data, adverse reaction reports, and a list of active and inactive ingredients.

The vaccine approved in 108 days!

PHMPT had initially requested expedited processing of its FOIA submission on the basis there is a “compelling need” for the swift release of the documents in question, further arguing that the documentation should be fully released within 108 days — the number of days it took the FDA to approve Pfizer’s vaccine. Why would it take longer to review documents for release to the public than to review them for approval ?

When the organization’s request was rejected by the FDA, PHMPT filed a lawsuit against the agency.
Suzann Burk, head of the FDA’s Division of Disclosure and Oversight Management, said it takes eight minutes a page for a worker “to perform a careful line-by-line, word-by-word review of all responsive records before producing them in response to a FOIA request.”
As a result, the FDA initially claimed that it required 55 years to fully release redacted versions of these documents. The agency later amended this request to 75 years.

A priority for the agency

The legal team representing PHMPT argued in its court papers that the FDA, as of 2020, had 18,062 employees, indicating the agency could find the necessary manpower to rapidly fulfill the FOIA request.
In his order, Judge Pittman accepted that he was placing a “burden” on the FDA in meeting the timeline for the release of these documents, but nevertheless made clear that it must be a priority for the agency. He said “Here, the court recognizes the ‘unduly burdensome’ challenges that this FOIA request may present to the FDA … But … there may not be a ‘more important issue at the Food and Drug Administration … than the pandemic, the Pfizer vaccine, getting every American vaccinated, [and] making sure that the American public is assured that this was not rush[ed] on behalf of the United States.”

“A farce or a tragedy”

Pittman, in addition to quoting Kennedy in his order, also drew on the words of former U.S. president James Madison : “A popular Government, without popular information, or the means of acquiring it, is but a Prologue to a Farce or a Tragedy; or, perhaps, both. Knowledge will forever govern ignorance: And a people who mean to be their own Governors, must arm themselves with the power which knowledge gives.”

Attorney Arron Siri of the Siri & Glimstad law firm, who represented PHMPT in its lawsuit, told Reuters that the judge’s order “came down on the side of transparency and accountability.”

Siri continued “This is a great win for transparency and removes one of the strangleholds federal ‘health’ authorities have had on the data needed for independent scientists to offer solutions and address serious issues with the current vaccine program — issues which include waning immunity, variants evading vaccine immunity, and, as the CDC has confirmed, that the vaccines do not prevent transmission.

“No person should ever be coerced to engage in an unwanted medical procedure. And while it is bad enough the government violated this basic liberty right by mandating the Covid-19 vaccine, the government also wanted to hide the data by waiting to fully produce what it relied upon to license this product, until almost every American alive today is dead. That form of governance is destructive to liberty and antithetical to the openness required in a democratic society.”

PHMPT has committed to publishing all the FDA documents on its website.
The FDA may appeal the decision. If not, both the FDA and PHMPT are required to submit a report by April, detailing the progress being made regarding the release of the documents.
The submission of additional reports will then be required every 90 days thereafter until all documentation has been released.

The Rule of Law

Medical history shows that it is often lawyers, usually in the United States, that call the pharmaceutical industry to account rather than doctors but it takes time.
In 2009 Pfizers was fined a record $1.3 billion for the illegal promotion of medicines after subsidiary  – Pharmacia & Upjohn pleaded guilty to criminal charges. The company was also ordered to pay $1 billion in civil damages. The case came to court after a whistleblower released information about the company in 2003.