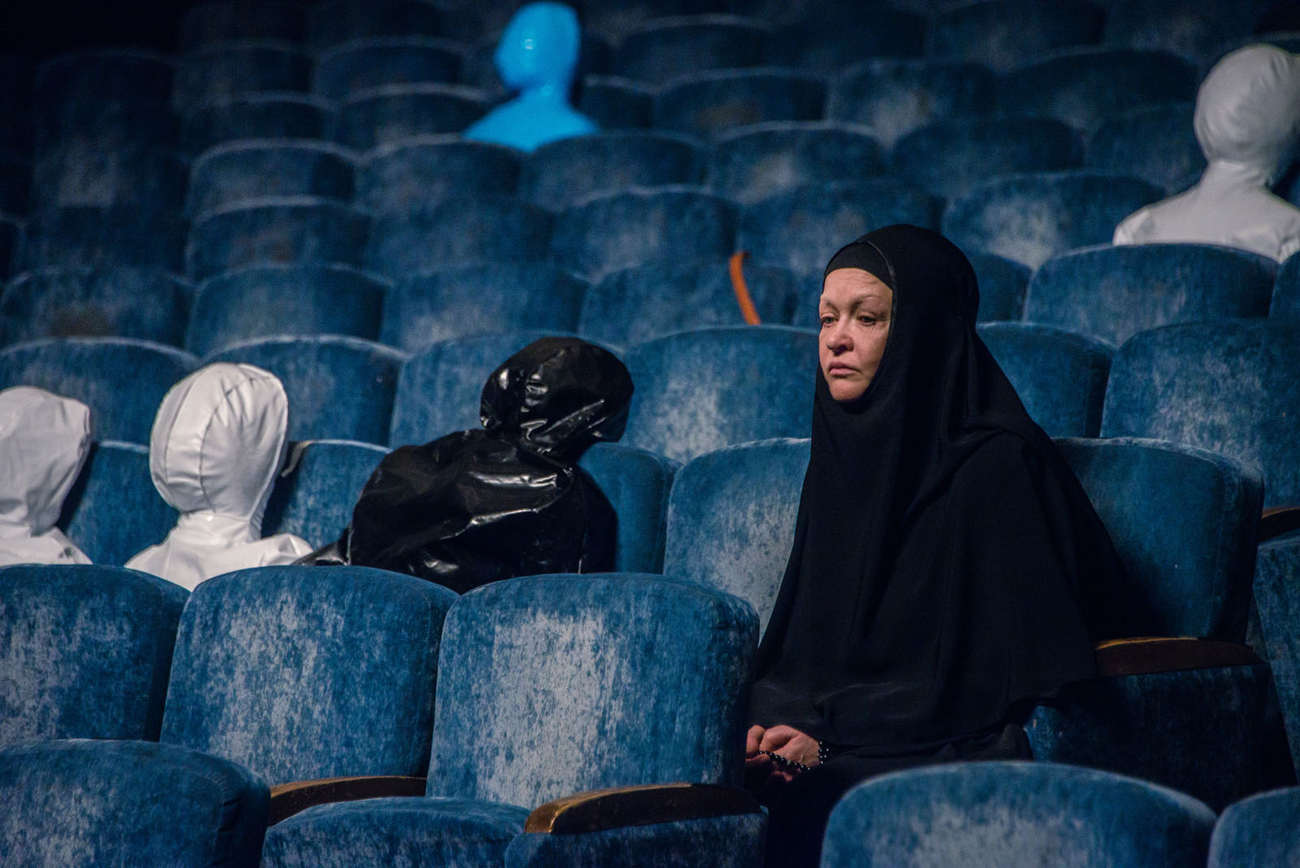 17 years after the events, Natasha organizes a commemoration in the same room where the hostage-taking took place.

Ivan I.Tverdovskiy’s film strongly evokes the memory of a Russian tragedy, the hostage-taking at the Dubrovka Theater in 2002.

A woman vacuums for a long time in a theater. Thus begins Ivan I. Tverdovskiy’s film, “Conference” (released on January 12). It is this room that Natasha would like to rent, who for the occasion has left the monastery where she is now retired. She would like to organize a commemoration in this theater, on a specific date, the 26th. Asked by the director to fill in a form for the reservation, the reason chosen is: conference. In fact, it will be a very strange conference, since it is about gathering survivors of the hostage-taking which took place between October 23 and 26, 2002, in this hall of the Dubrovka Theater in Moscow.

17 years later, they are finally only a handful to reoccupy the place they had then, who came to attend a musical show. Natasha took her seat in row 8, seat 26. The seat where she was sitting when terrorists invaded the theater, threatened to kill the audience, and demanded the withdrawal of Russian troops from Chechnya. There she lost her son, and since then her daughter hates her irrevocably.

To fill the empty seats, Natasha has provided balloons, inflated silhouettes, which according to the color, blue, white, define the status, hostage, terrorist … Each in turn, they are a handful of survivors, ex-hostages, to grab the microphone, to tell what they saw, what they lived, those days and nights, in the very room where it all took place. Terrible, heart-rending stories, to express the fear, to keep the memory alive. Like willing hostages, some of them play overtime in this theater, all night if necessary, to go to the end of the exutory stories, to recall this horrible event now forgotten by others.

The filmmaker alternates between close-ups on the faces and wide still shots facing the audience, giving his images the beauty of ancient paintings. By recomposing the real stories and shooting in the same Dubrovka Theater, where the seats are always the same, he forcefully evokes the memory of a real Russian tragedy. And yet, this stressful “Conference” is reminiscent of the testimonies of spectators during the trial of the Bataclan massacre in Paris.

“Conference”, a film by Ivan I.Tverdovskiy (released on January 12).