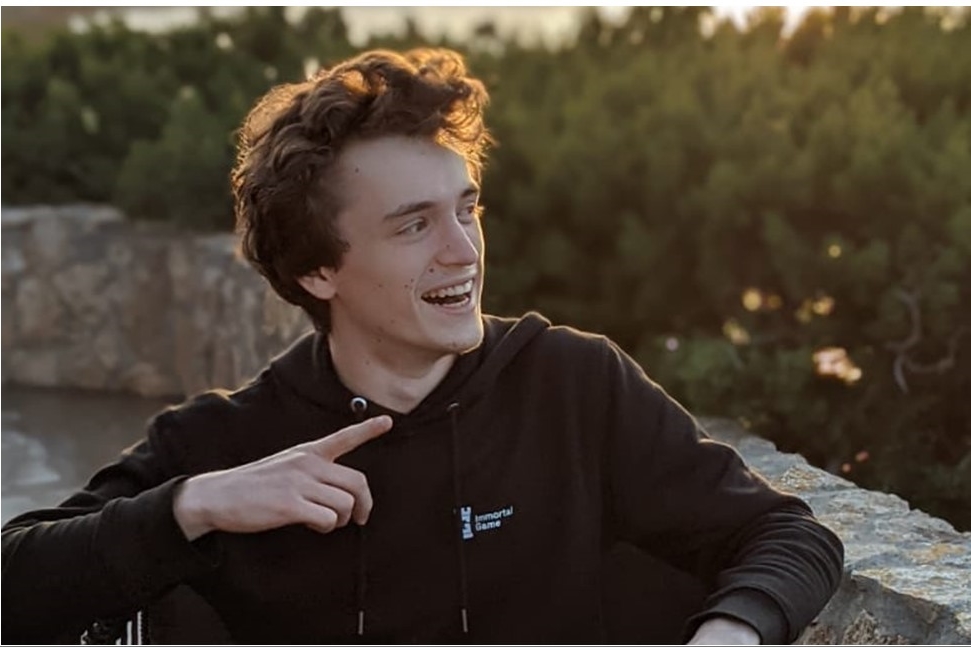 Elliot Papadiamandis, 16, International Chess Master, posted an ad on LinkedIn looking for a sponsor. His post, which went viral, was seen 1.5 million times in a few hours. Record broken. But his account was deleted. Why was this ?

This is the crazy story of a post that went viral. On Sunday, May 7, 2022, around 10 p.m., Elliot Papadiamandis, a young man of 16 years old living in the Paris area, a very high level chess player, since he has the title of International Master, publishes a post on the professional network LinkedIn. He is looking for one or more sponsors to help him compete against the best players in the world.
Here is what he writes: “I am 16 years old. I play chess and I am an international master. When Americans or Indians my age have these results, companies are proud to sponsor them. But in Europe, it is less natural. It is easier to help soccer players or tennis players (…). So, I am writing to you today to announce that I am looking for a sponsor to take me as high as possible on the world level…. PS: Since I’m starting from scratch on LinkedIn, a little like or comment of support would be really cool.”

It must be that this post has touched the regular users of the LinkedIn network. An hour later, Elliot had only 19 connections and an hour later, his post had made 80,000 views, according to Mathieu Papadiamandis, his father. In the early hours of Monday morning, the post had 1,540. 541 views! An absolute record, in any case in 2022.
But this dazzling success must have alerted the algorithms of the American network. Suspecting probably some kind of scam, Elliot’s account was purely and simply deleted.
The post was inexplicably censored,” says Mathieu Papadiamandis, “because it contained nothing seditious. It is a banal message, without provocation. But the large number of views in such a short time certainly triggered the alert of the robots. It aroused suspicion.
In the aftermath, Elliot and some friends approached LinkedIn executives in the United States. Senior officials intervened to find out why the account was deleted. But as of yesterday, it had not been restored.

Elliot learned to play chess at school. After class, his teacher taught him this subtle game of combinatorial strategy and reflection for which he had a passion as a child. Then he joined a club near his home. He quickly distinguished himself and played in a series of tournaments, until he obtained the prestigious title of International Master.
But Elliot wants to go further. And for that, he needs money to pay for his travels to the four corners of the world where he must face the best players on the planet. Hence his post on LinkedIn.
Elliot can rest assured. Even though his LinkedIn account has been deleted, many messages have come in. “Companies want to help him,” says his dad. Very big companies.”
A nice master stroke !