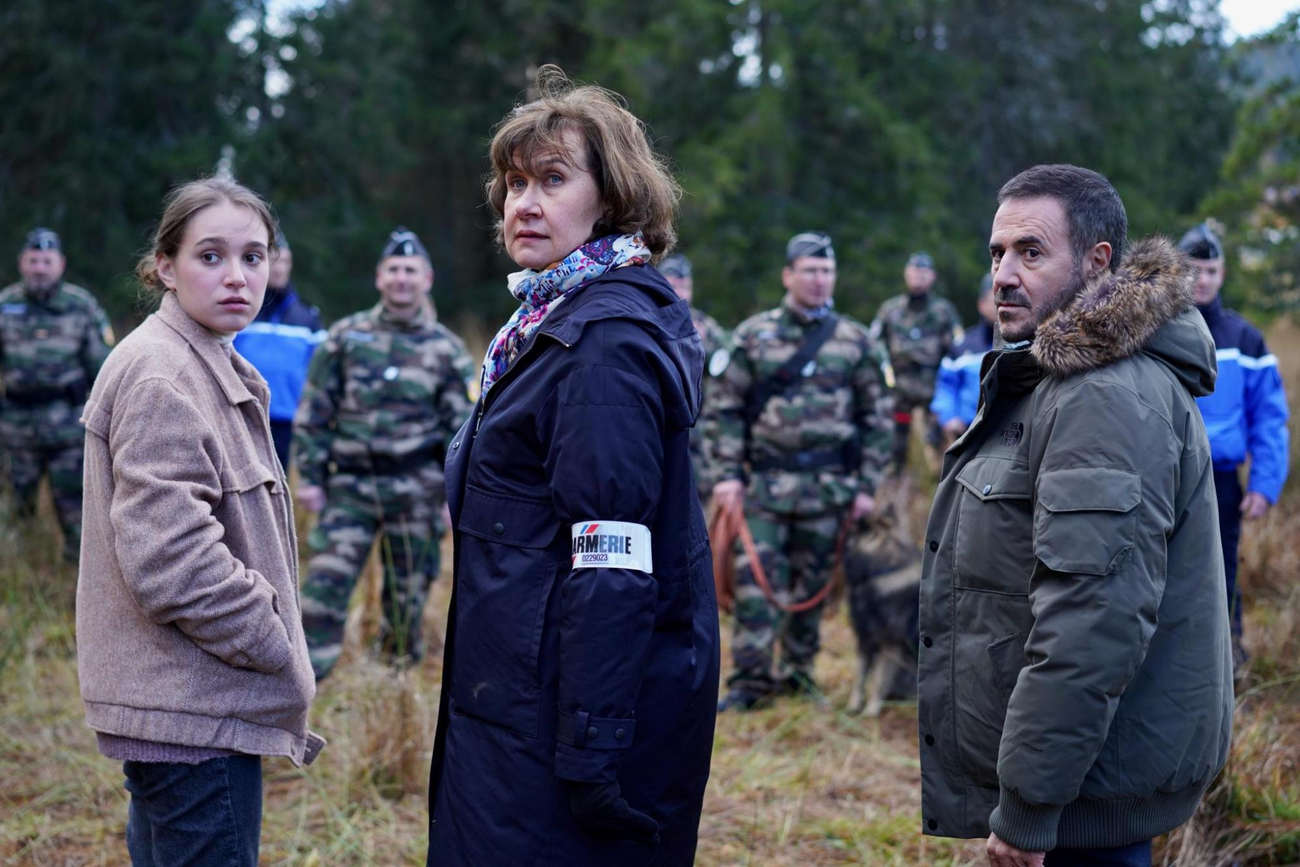 Shot in the region of Gérardmer, Anne Le Ny directed a film “100% Vosges”, with José Garcia and André Dussolier. “I needed the mountains,” says the actress and director.

“It’s a 100% Vosges film, we shot everything here and it shows,” said Anne Le Ny, before the screening of her film “Le Torrent” (released November 30), at the Rencontres du Cinéma de Gérardmer. A Vosges preview that makes perfect sense, since the entire film was shot in the Gérardmer region, with the inhabitants having fun recognizing on the big screen the streets of the city, the shores of the lake, the Valtin cemetery, the surrounding mountains, the winding, snowy roads of the Vosges passes…

“I needed the mountain, there is something a little threatening, mysterious,” says Anne Le Ny, director of “Those Who Remain,” “My Father’s Guests,” “Cornouaille,” “We Almost Were Friends” … “I’m Breton, I’m not from France. I am Breton, I like to look far away from the ocean, and the mountain it scares me, it crushes me. That’s also why I wrote a scary story, a thriller in the mountains, for me there is something anxiety-provoking, but here it’s less anxiety-provoking, it’s a rounder mountain where I don’t feel crushed,” adds the filmmaker.

So it was in the Vosges that she filmed the mist over the forests, a sea of clouds enveloping the mountain, the tops of the fir trees pointing to a gray sky… “It’s beautiful, there was a lot of light, and it was a very beautiful scene. It’s beautiful, there was something about the atmosphere,” enthuses Anne Le Ny, “The torrent is the cause of the drama and at the confluence of the emotions of the characters.” The first character we meet is Lison, a young girl played by Capucine Valmary, who is looking forward to spending the weekend in the comfortable cottage of her father Alexandre (played by José Garcia) where he lives with his second family, his young and pretty wife Juliette (Ophélia Kolb) and their little boy.

“The film plays on something other than suspense”

“Capucine has the age of the role and a magnificent presence,” says Anne Le Ny, “She has a beautiful face, photogenic, and still something a little clumsy from childhood, it touched me a lot in her. In spite of herself, Lison is going to be an accomplice in a terrible lie by her father, and feel responsible for a tragedy. “It’s really a kind of learning of the adult world, of lying, it’s a girl who so needs to have a place with her father”, says the director, “Finally, with her father she is in a relationship that is not very healthy.

“I wanted to work with José Garcia for a long time, the character goes to the dark, he sinks, I wanted rather an actor who comes from the comedy, with something sympathetic so that we put some time to tell ourselves that he should not have done that, “says Anne Le Ny, who had spotted the dramatic game of the actor in “Le Couperet” by Costa-Gavras, also shot in part in the Vosges. “Actors who do comedy are not afraid of ridicule, I loved José when he was in Nulle Part Ailleurs, he was not afraid of anything,” she said.

José Garcia plays a husband who discovers himself cheated and lets his anger explode one stormy night, with terrible consequences: Juliette leaves the house, falls into a ravine, and disappears. The next morning at dawn, we discover the damage caused by the torrential rains, floods, landslides, uprooted trees, cut roads … thanks in particular to impressive real images of drone (shot by the Vosges photographer Philippe Briqueleur).

Carried away by “Le Torrent”, the spectators know the truth; when Juliette’s body is found, they know that it is a dramatic accident. With a “Columbo” structure (we know what happened), the subject is not the search for a culprit: “We can get into the heart of the matter, we talk about something else, about what choices the characters will make from a given situation, and often not the right ones (…) The film plays on something other than suspense, even if I hope there is some,” says Anne Le Ny, who plays the captain of the gendarmerie, “It’s my job to start with, anyway, and so every other film I put myself in a small role.”

“I think that real bastards are very rare”

“The investigation, the presence of the police, it allows to have a strong threat on the characters, there is still the pressure of the thriller, “says the director, who was inspired by the Viguier case: “I was interested in it before the trial, there was the fact that the children completely take the side of their father. In her film, a man torn and suspicious wants to know the truth, Patrick, Juliette’s father, played by André Dussolier. “I talk a lot about betrayal, I am in the problematic of good, what is to do well or to do badly?”, adds Anne Le Ny, “I think that the real bastards, it’s very rare, and that a lot of crap in this world is done by people like you and me. Often, bad deeds are not really done with an intention to harm and that interests me more.”

“I’ve never done a genre film before, but it’s fun to work with constraints actually. When you write your own stories, you know you’re always going to tell the same story, that you won’t escape it,” says the filmmaker, who shot during the covid period, winter 2020, when everything and everyone in the city of Gerardmer was confined: “During the preparation, we were so afraid not to be allowed to shoot… We had a very strict protocol, but it was still a great shoot.”

“I knew the Vosges a little, they have been filmed less, and we like to think that we will show images that everyone has not already printed in mind (…) I found the scenery I needed, and then the office of reception of filming is really very effective, “said the director, who received the support of the Region Grand Est. And if the mountain landscape is oppressive during a large part of the film, it is at the edge of the Lake of Gérardmer that it ends, when “Le Torrent” finally calms down.