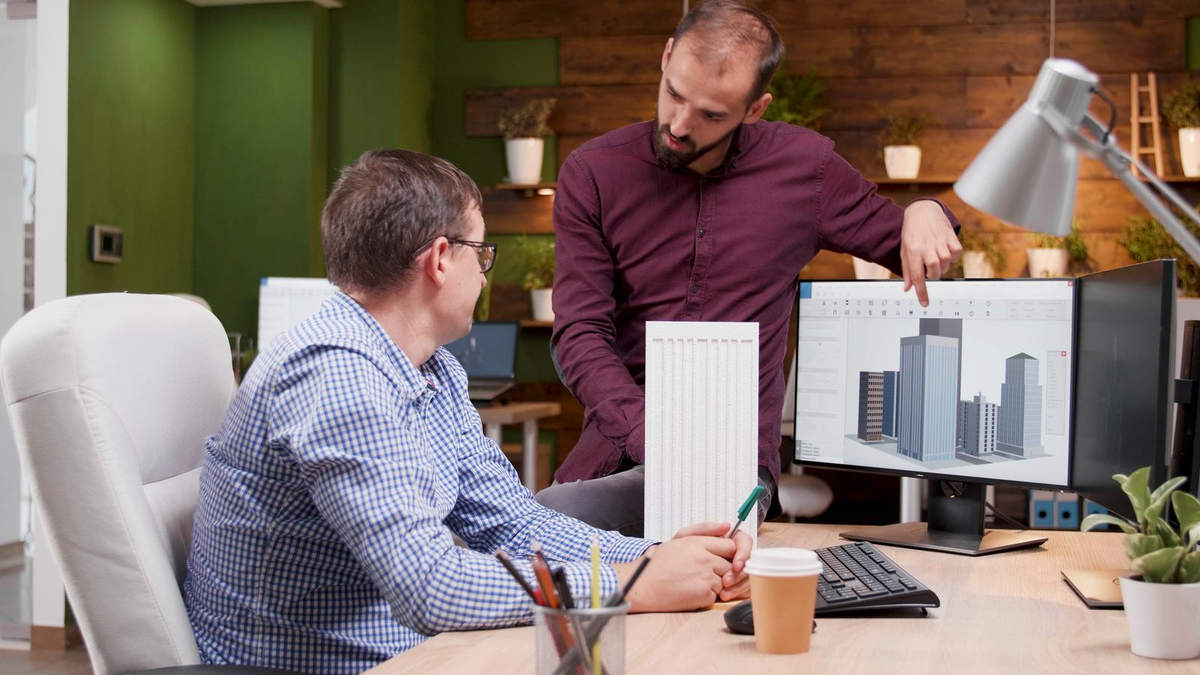 New ecological requirements, new ways of working, new materials… The building and public works sector is evolving at the same time as society’s expectations by revolutionizing all its methods and tools. Here is an overview of the efforts made by this rapidly changing sector.

Far from the image of a static sector, the construction industry is redoubling its inventiveness to meet the new demands of the 21st century and to arm itself against the growing complexity of construction sites.

To meet these new challenges, the sector’s players have developed new tools and new working methods. Multiplication of expertise and trades, growing practice of co-activity, recourse to groupings of companies… These upheavals are necessary both to reduce costs and deadlines, but also as a means of integrating the new CSR standards into the entire value chain. The construction sector is also making considerable efforts to address environmental and social issues. Protection of biodiversity, use of new, less polluting materials, reduction of nuisance for local residents… The sector’s players are committed in every way to reducing their impact on the climate and on the living world.

Concrete, at the heart of all concerns

Concrete, which is used in all modern buildings, is one of the main levers for reducing greenhouse gas (GHG) emissions in the construction industry. On a global scale, concrete alone is responsible for 7% of GHG emissions! The fault lies more specifically with a component used in the manufacture of cement: clinker. As it heats up, it “decarbonates”, releasing large quantities of GHGs. About 800 kg of CO2 are released for each ton of cement produced.
Many companies, such as LafargeHolcim, Cemex and Calcia, offer “low-carbon” concrete formulas, in which the proportion of clinker is lower. “These specific ranges guarantee the same qualities (strength, hardness, etc.) as conventional concrete. But the share of clinker is reduced and replaced by other resources available in the regions, such as blast furnace slag or fly ash from thermal power plants,” explains Florent Dubois, construction manager at LafargeHolcim.
French startup Hoffmann Green Cement Technologies is going even further, however, by offering a cement made without firing or clinker. This formula is so revolutionary that it has attracted the attention of several major French construction companies, including Demathieu Bard, Eiffage and Nivet, which have already filled the order book of the Vendée-based start-up. Eiffage has said it wants to use this ultra-low-carbon cement for the construction of the Ateliers Gaité in Montparnasse, Paris. The Nivet group, for its part, wants to use cement produced by Hoffmann Green for the ready-mix concrete market.
Finally, more and more builders are also putting forward the notion of a “material mix”, which consists of using recycled or biosourced materials as a priority. The new “RE2020” building regulations, which came into force in January 2022, specifically promote these materials, which store carbon instead of emitting it, such as wood. An emblematic example of the material mix, the Hyperion Tower, built in Bordeaux by Eiffage, was built with a concrete core and solid wood floors. The builder estimates that the use of solid wood reduced the site’s CO2 emissions by 25%. Completed in 2021, the construction of the Hyperion tower is one of many examples of how the construction industry has not waited for legislation to change before adopting new, more environmentally friendly construction methods.

However, environmental protection is not limited to reducing greenhouse gas emissions. This is why the construction sector has been committed for several years to reducing its (many) negative externalities as much as possible, both those that harm the peace and quiet of local residents and those that can have a lasting impact on ecosystems. The impact on biodiversity and noise pollution are major societal concerns and most companies are making them a focus of their efforts on their worksites.

Noise is one of the issues most studied by construction companies. This problem arises in particular when they carry out work in dense or sensitive areas, such as city centers. The engineering company Ingérop was surrounded by acoustics consultants for the Les Halles project in Paris. The work of these acousticians consisted of producing recommendations to reduce the noise pollution caused by the work, for example by recommending the use of noisy tools at the same time, or the installation of an alarm system for trucks whose engines had not been switched off. Moreover, more and more companies no longer use the “reversing beeps” of construction equipment, which are particularly irritating for local residents and operators, and have replaced them with the “Lynx cry”, which has the particularity of being almost inaudible outside the vehicle’s reversing axis.

With regard to the protection of biodiversity, many companies in the sector have joined the U2B Club (Urbanism, Building and Biodiversity) founded by the League for the Protection of Birds (LPO). Meeting four times a year with all its members, the Club raises awareness of biodiversity in the city, soil artificialisation and the danger of glass surfaces for birds. The LPO also sometimes specifically advises construction companies by providing technical advice. For example, Eiffage Aménagement was assisted by the biodiversity protection association in the construction of the LaVallée eco-district in Châtenay-Malabry. This personalized support consisted in delivering awareness training to the builder’s teams, particularly on the integration of biodiversity into buildings.

While these changes in ecological practices and attitudes are welcome, their application in reality by all the players on a construction site is far from obvious, especially in a sector with such a wide variety of companies… However, these new CSR rules and standards could well be facilitated in their application by the parallel evolution of working methods in the construction industry.

As construction sites, projects and technologies have become more and more complex, construction industry players have been led to diversify their expertise and their trades in order to provide a more complete offer.

This multiplication of trades and techniques has led to a resurgence of temporary groupings of companies (GME), which allow several companies to apply jointly for the same tender. These groupings have become the norm for highly technical and interdisciplinary projects, such as the many projects of the Grand Paris Express (GPE), which all require a range of expertise and where deadlines are even more complicated to meet.

Indeed, one of the most obvious advantages of consortia is that they facilitate the practice of co-activity as a method of reducing deadlines. By having several companies and subcontractors from the same group work simultaneously in different sectors of the same site, construction companies are able to save precious time. “The overall timeframe for the operations [of the Grand Paris Express, editor’s note] has made it necessary to set up co-activity on the current sites,” explains Pascal Hamet, project director for Lot 1 of Line 16 at Eiffage Infrastructure. “We are making the areas already completed by Eiffage Génie Civil available to outside contractors, some of whom are from other Eiffage branches. In fact, when the company has multiple skills at its disposal, coactivity is optimized by the habit of working together, which in particular enables rapid decision-making in the face of hazards. This approach to construction sites has already been tried and tested by the French group on another major project, the Brittany-Pays de la Loire high-speed rail link, where Eiffage was able to orchestrate the work of its Civil Engineering, Rail, Energy and Systems subsidiaries to meet the deadlines set by the project owner.

However, as mentioned above, consortia also have other, less immediately obvious advantages. Indeed, because they bring together a great diversity of companies (large groups, ETIs, SMEs, etc.), groupings also facilitate the consistency of environmental and social rules, norms and standards. This makes it possible to widely disseminate these good CSR practices among all the companies involved, which can then appropriate them and apply them rapidly to other projects. This is a way to irrigate the entire construction value chain with these new methods that meet the most demanding standards.