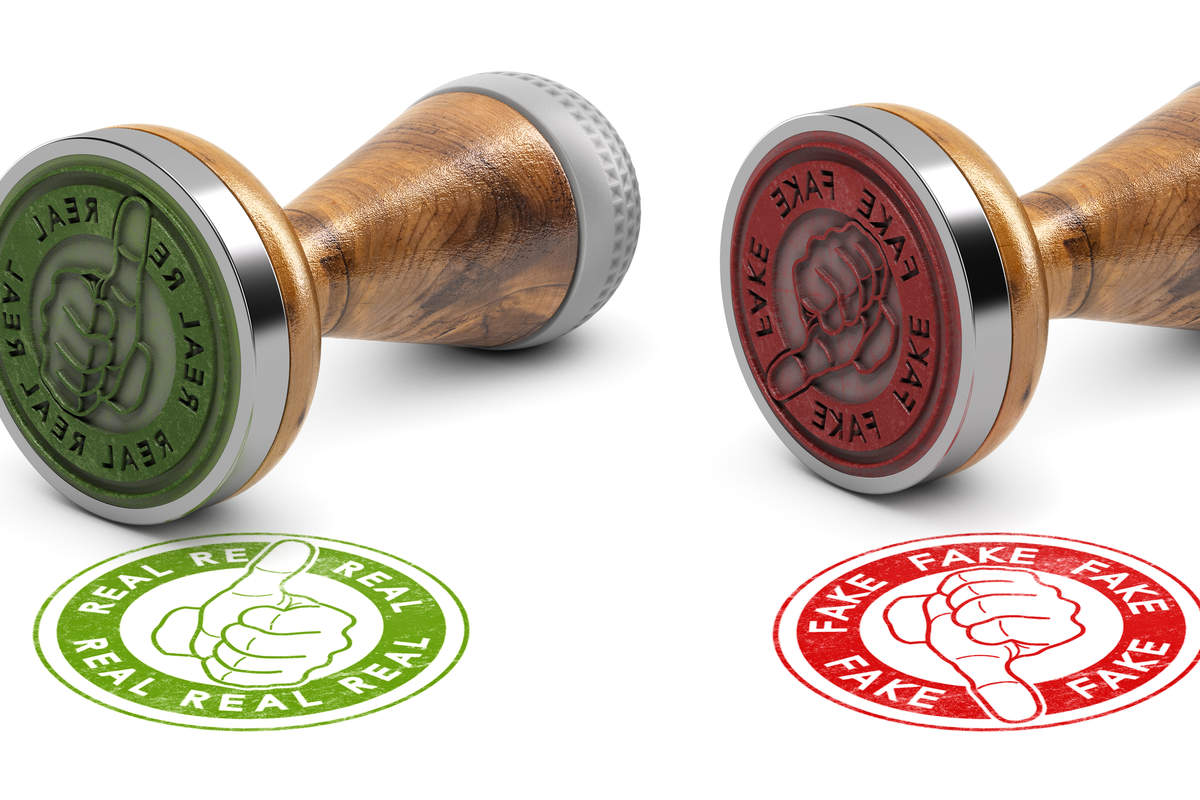 In order to fight against misinformation, social networks and major media have decided to tackle “fake news”. But the “verifiers” don’t necessarily have the skills and talent to distinguish between the true and the false. Fact-checking with a Pfizer twist.

Are vaccines against Covid-19 really safe? Asking the question and, above all, allowing the experts to answer it, is to participate in the healthy scientific controversy, the one that moves the world forward and keeps it away from obscurantism. It is to enlighten the general public on very technical subjects to enable them to form an opinion by evaluating the arguments of all sides. This is what we have been doing for more than two years, by inviting scientists from all disciplines to express themselves in our columns.

But it is clear, since the beginning of the pandemic in late 2019, that the debate is biased. The digital giants, unaccustomed no doubt to adversarial debate, have taken up the cause of vaccines, which they peremptorily assert are both effective and safe. It is a dogma, a truth revealed by Big Pharma. From then on, they impose their point of view by censoring “inappropriate” posts on digital social media, by restricting or closing the accounts of seditious Internet users.
Converted to this new religion, health authorities in all countries, at least in Europe, have decided to vaccinate people by force. Like in a dictatorship. Ausweis, bitte?
The big press, the mainstream media, as they say today, have adhered to this vision of things imposed by big global industrial groups. They have even decided to hunt down the false information that would challenge their own certainties and their total omniscience.

The news under control

Here are 23 French media grouped around Agence France Presse and Google France to define what is true and what is false during an election period. As for the anti-Covid vaccines, one can be surprised that the media of the whole world say the same thing, at the same time, to the comma.
To understand, you need to know that there is a cartel, called the Trusted New Initiative (TNI) created in December 2020 to “tackle dangerous misinformation about vaccines”! (Note that it is the misinformation that is dangerous, not the vaccines). The biggest media in the world are part of it. Including, of course, Reuters. Bought in 2007 by the Canadian group Thomson Financial, the international news agency, which became Thomson Reuters Corps, was chaired from 2012 to 2020 by James C. Smith. The latter currently heads the Thomson Reuters Foundation, a charity organization based in London.
However, James C. Smith is also, since June 26, 2014 a member of the board of directors of Pfizer Inc. And one of the first investors. It should be noted that Mr. Smith is also a member of the World Economic Forum’s International Business Council and many international advisory boards. It is this Mr. Smith who has taken the lead in the crusade against fake news about vaccines.
No need to draw a picture. The information is well and truly under the control of the “auditors”.

In the meantime, let’s check if what AFP Factuel’s fact-checking claims is disinformation or not about our article published on May 16, 2022 on the infodujour website and on Frenchdailynews. Because, to give lessons to a scientist of Jean-Marc Sabatier’s caliber (he has a doctorate in Cell Biology and Microbiology, in particular) and to take him to task on his professional field, one must be sufficiently stocky and solidly armed in these matters of the infinitely small to go and look for the right experts. Is it the case of our Fact Checker, graduated in history? One can doubt it in view of the answers that Jean-Marc Sabatier brings him here.

“Those who watch and let it happen”

Remains that we would certainly not have answered to the too many givers of lessons which surround us if, in this sad affair, the life and the health of ourselves and our close relations were not in stake. For almost two years, thousands of men, women and young people have been struck down overnight by a stroke, a heart attack, visual problems, or sudden death on a soccer pitch or ski slope. The fault of vaccines? Maybe. Maybe not. But the question deserves to be asked and debated.
“The world is a dangerous place to live,” said Albert Einstein, ” not so much because of those who do evil, but because of those who watch and let it happen.” We will not let it happen. As journalists and scientists, we are obliged to publish information about the anti-Covid-19 vaccines, even -and perhaps especially- when it is disturbing.
After having duly verified them, of course.

What experimental data does the AFP writer rely on to say that certain claims in our article are either false or unfounded? Let’s take a closer look.

Jean-Marc Sabatier : Vaccines against Covid-19 can act on blood coagulation via the vaccine spike protein. The overactivation of the renin-angiotensin system mediated by the viral or vaccine spike protein causes coagulopathy (thrombocytopenia corresponding to a deficit of blood platelets) via a well-known phenomenon called hemophagocytosis, or hyper-coagulation (thrombosis) via pro-inflammatory cytokines produced in particular by hyper-reactive macrophages during macrophagic activation syndrome.
The vaccine spike protein, by binding to the ACE2 receptor of target cells (including blood vessel endothelial cells), affects the depletion (coagulopathy) or recruitment (thrombosis) of thrombocytes involved in coagulation processes, via the macrophage activation syndrome and the phenomenon of hemophagocytosis resulting from the overactivation of the AT1R receptor of the RAS.
Research : 1, 2, 3, 4, 5, 6, etc.

AFP Factual : “Facilitating antibodies”, which have become “in the majority” with vaccination, would promote infection with SARS-CoV-2: unfounded

Jean-Marc Sabatier : No, this is true: the “facilitating antibodies” become the majority with vaccination and booster shots, favoring the infection of the host with SARS-CoV-2. This results in a peak of infection in people recently injected with Covid-19 vaccines, as has been observed.
For information, such “facilitating” antibodies have already been demonstrated for SARS-CoV-2, contrary to what is mentioned by the “experts”.
Research : 1, 2, 3, 4, 5, etc.

Jean-Marc Sabatier : SARS-CoV-2 vaccines can potentially induce Covid-19 disease, because a certain proportion of the vaccine spike protein can bind to the ACE2 receptor (the cellular target of the virus) and overactivate the renin-angiotensin system (RAS), as the virus does. These vaccines can therefore have multiple and varied adverse effects, sometimes leading to death. These “deleterious” effects of vaccines are listed on certain specialized sites, including the VAERS site (“Vaccine Adverse Event Reporting System”). This is well documented to date.
The relative rate of death among vaccinated people increases significantly, and non-proportionally to the number of people vaccinated, which is very worrying regarding the alleged safety of these vaccines. (See studies below).
Clarification: Acquired immunodeficiency syndrome (AIDS) is not exclusive to the human immunodeficiency virus (HIV). It formally corresponds to an immune system deficiency that could be induced by the viral or vaccine Spike protein.
Research : 1, 2, 3, 4, 5, 6, etc.

AFP Factual : Vitamin D is a treatment: not true

Jean-Marc Sabatier : Vitamin D is important to protect against SARS-CoV-2 infection, and is also a treatment to avoid progression to the severe forms of Covid-19 during a viral infection. This has been demonstrated in numerous studies to date (including the vitamin D supplementation trial led by my collaborator, Dr. Cedric Annweiler, which will be published shortly).
Research : 1, 2, 3, 4, 5, 6, etc.

Let’s add that the interview with Jean-Marc Sabatier was preceded by an article stating that “cardiovascular diseases directly linked to the side effects of mRNA vaccines are on the rise” as shown by several studies, including an Israeli study whose source we give. The AFP “check” states that this study is “disputed”. Maybe, but it exists and the figures presented are very worrying.
As for the information taken up by ABC News according to which the American federal authorities note a strong increase in deaths among the vaccinated, how can it be disputed in good faith?
Finally, how can one doubt the official British government data “strongly suggesting that the SARS-CoV-2 vaccinated population is developing a new form of acquired immunodeficiency syndrome induced by the Covid-19 vaccine? What is worrisome is the drop in actual vaccine efficacy in all age groups, but especially in the 40-49 age group”?
Fact-checking is a rigorous discipline that should not be entrusted to just anyone.