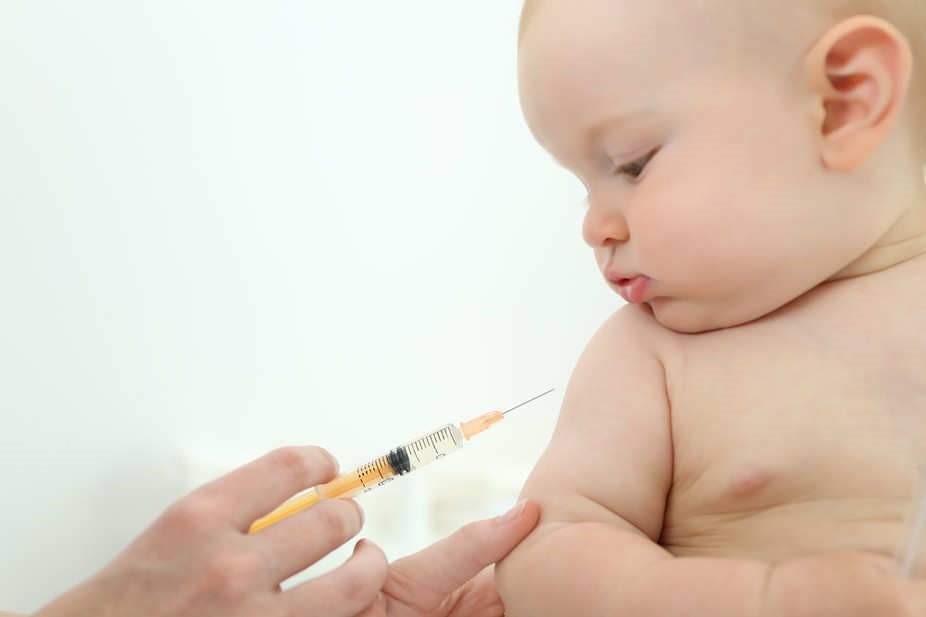 Vaccination of an infant. From Africa studio/Shutterstock

The U.S. Food and Drug Administration (FDA) and the Centers for Disease Control and Prevention (CDC, USA), in mid-June 2022, approved vaccinations for toddlers as young as six months of age with Moderna and Pfizer. Is this a good thing?

The FDA indeed authorizes the vaccination of children from six months to five years. It publishes a Pfizer and Moderna report that everyone can read where it is written that these vaccines are not effective and that they are even toxic! It concludes by saying that it has a doubt on the benefit-risk ratio, but it makes an exception for children, without explaining why, to authorize vaccines that are less than 50% effective.

Efficacy has been measured only by the “immunobridging” method, i.e. on the level of antibodies observed after the injections and not on the capacity of the vaccine to prevent infection by the virus. And the trials find an efficacy of about 30% to 50%.
Let’s look at the Pfizer report in children aged 6 months to 4 years. There were two doses of 3 µg of mRNA (versus 10 µg for 5-11 year olds and 30 µg for those over 12).
The trial was conducted in two phases. Initially, two doses in infants were planned at 3 µg for Pfizer. Finally, they realized that it did not hold. They added a third dose during the trial. One can assume that 2 doses were not enough to induce antibody levels that they considered sufficient.
However, we know that the antibodies are not the right correlate, it does not say if you are protected or not. They looked at two groups of children, those who had had a placebo (salt water) and those who had been vaccinated to see how many were infected by the Covid virus. And there, –it is written in all letters– there is more Covid between dose 1 and dose 2 in the vaccinated than in the non-vaccinated! Moreover, during the duration of the study (2 to 3 months) they found 6 cases of severe Covid in the vaccinated group against 1 case in the placebo group. And 12 cases of multiple Covid (page 38), i.e., babies who had multiple Covids during the trial which lasted less than three months, and 0 in those who received a placebo.
So according to their own results, which are public, the vaccine is not only ineffective, but it facilitates and worsens infection.

How is this explained ?

The role of facilitating antibodies has long been known. All veterinarians know that in animals, certain coronavirus vaccines facilitate infection. This is the case here.
It should be noted that only 5% of the participants were retained to calculate the efficacy on the antibody level and no measurements were made in the placebo group. Blood was not collected until one month after dose 3 and antibodies measured against the Wuhan ancestral strain.
Efficacy calculations were based on only 10 cases occurring more than 7 days after dose 3, and Pfizer ignored the 365 cases occurring earlier.
No child already naturally immune from a previous infection was infected: this demonstrates the 100% effectiveness of natural immunity.
It is therefore understandable why efficacy is measured exclusively on antibody levels and not on protection against COVID-19 infection (mild or severe).
The vaccine promotes severe and multiple COVID.

If I understand you correctly, these vaccines are not effective. But you also say that they are toxic. What is the point of vaccinating ?

Covid vaccines produce side effects that are sometimes serious, such as Kawasaki disease (characterized by inflammation throughout the body). But also convulsions, anaphylactic shock, appendicitis, epilepsy, etc.
There is no point in vaccinating children, because it is known that they rarely catch the disease (it is a disease and not pieces of virus RNA present in the nasal cavities) and do not have a serious form. The only argument was to protect the elderly. But the vaccine does not prevent the transmission, nor the contagion, nor the viral load which is equivalent in the vaccinated people: there is no, no interest to vaccinate children. There are only disadvantages.

And despite this, Pfizer is going to file an application for authorization for this age group with the European Medicines Agency (EMA)…

The mayor of New York has announced that vaccination of children will be mandatory at the beginning of the school year. Parents must oppose it, because it is the life of their children that is at stake. Obviously, Europe will follow, as always. This is madness.

Why don’t all scientists agree on this ?

All honest and independent scientists agree among themselves that vaccines are ineffective and dangerous, especially for children. However, there are non-biologist scientists who simply trust their biologist colleagues. There are also those who have the competence to read official reports, but they do not. They don’t have the time. When I read the FDA report on babies, I figured a lot of people had read it. But when I published an article on it, I realized that no one had read it. And I have a lot of stories from doctors and scientists who don’t want to speak out publicly for fear of retribution. Finally, there is a small proportion of scientists who are corrupt. If you add ignorance, corruption, threats and fear, that’s a lot of people.

Former Pfizer vice president Dr. Michael Yeadon claims on social media that there are “intentional flaws” in the Covid vaccines. What do you think ?

I think there is a conjunction of interests of the power players. It is likely that this virus escaped from a laboratory, either from China, but perhaps from the United States. Today, the Americans are beginning to admit that the virus came out of a laboratory, but they are blaming it on the Chinese to clear their name. They would have forced the organization of the military games in Wuhan in October 2019. This is not proven, but it is a lead.
On one side, mad scientists, on the other side opportunists. The World Economic Forum tells us that this pandemic was expected and that they took advantage of it to implement their plan to control the population and restructure the economy. From there, anything is possible.

It’s scary. So the health problems will start ?

It has already begun. On the European statistics site, we see the excess mortality of young people aged 0 to 14 years increasing from week 21 of 2021, which is precisely the time when the vaccination of under-18s was started.

How do you view the “experts” on TV ?

They are incompetent, ignorant and corrupt. But first of all they are incompetent. The competent ones are not on TV, they are in research labs, in hospitals… They work. And there are the corrupt ones, but those, they don’t understand what they are talking about. They don’t have the level. Their only motivation is money.

The new Minister of Health, François Braun, pleads for a fourth dose…

The new Minister of Health is an emergency doctor at the Metz-Thionville Regional Hospital. I don’t know if he has read the Pfizer reports. I read them in the summer of 2021. I was called crazy when I said that vaccines promote infection and are not effective. And that has been confirmed. Either these scientists don’t have the time to read the reports or they don’t have the intellectual capacity to understand them. And doctors trust their colleagues without having read or understood anything about these subjects.
Louis Fouché, an anesthesiologist and resuscitator at the Conception Hospital in Marseille until the fall of 2021, explained that many anesthesiologists around the world are in touch. When the first Covids came out, they said, “You have to intubate. He intubated the first patients. But he soon realized that it was killing them. Why didn’t the others see it?
However, in some hospitals, patients are still intubated. It was necessary to ventilate in another way. And they needed to be treated.
How can we accept that Covid is the only disease in the world that is not treatable? The patients are told to stay at home with Doliprane. However, we know that there are drugs that treat early, as Professor Raoult and others have said. As for all viral infections, early treatment is necessary. There are doctors who treat. But they are summoned by the order of doctors, suspended, struck off.
This is the biggest scandal in this story that is still going on. And nobody talks about it.

*Hélène Banoun has published articles on the Covid in international scientific journals and has been an expert in others. Now retired, she has no ties of interest with anyone.