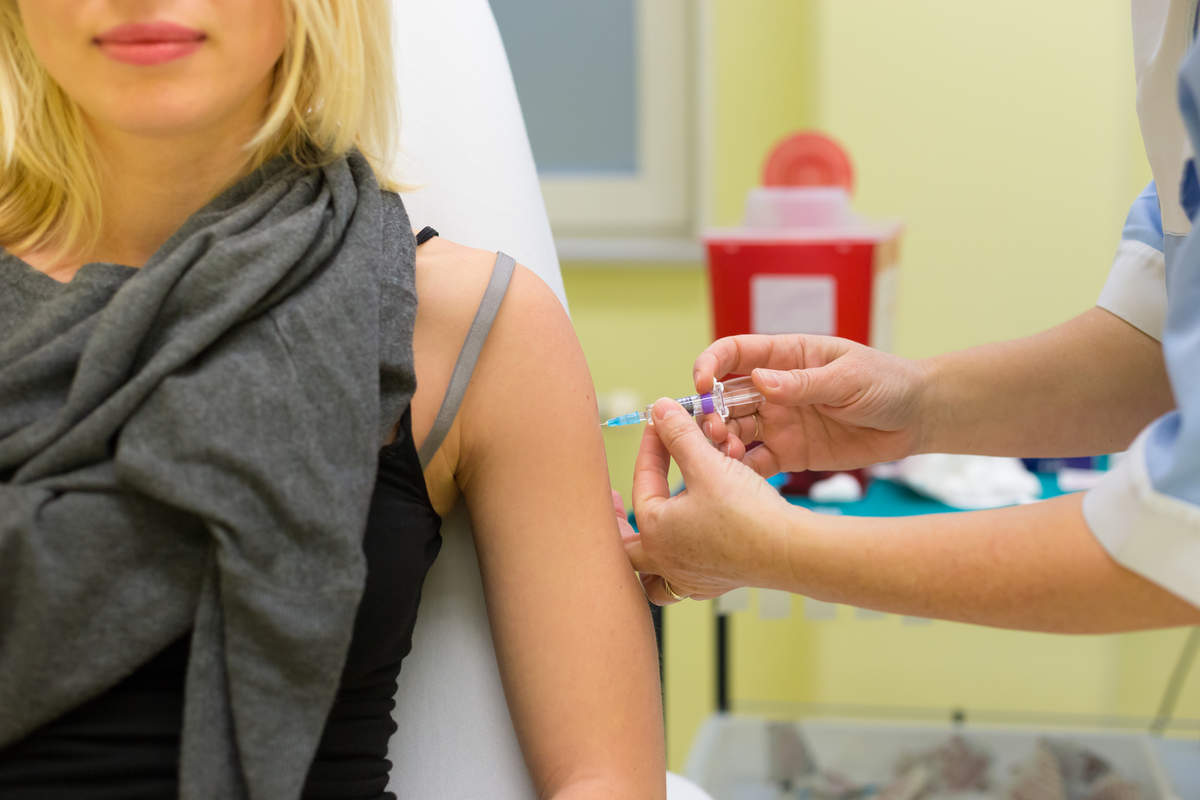 A bogus study relayed by the press would have us believe that mRNA vaccines are safe for pregnant women. Let’s take a closer look at this strange study published in the Lancet.

“Covid-19: two studies reassure about vaccination during pregnancy” say all the gazettes, this August 18, 2022, stating that “one of the studies shows that there is no risk of miscarriage or premature birth with messenger RNA vaccines”.
Which study is it? A study published on August 11, 2022 in The Lancet Infectious Diseases. We learn at the outset that it is not really a scientific study, but a kind of survey conducted by telephone and email with women from all provinces of Canada. The survey is funded by the Canadian Institute of Health Research, Public Health Agency of Canada.
“Our study included a sample of 5,625 vaccinated pregnant women aged 15-49 years and 339 unvaccinated pregnant women of the same age,” the authors write. Both mRNA vaccines are highly immunogenic and effective during pregnancy.”

As you read the article, drowning in a flood of numbers and references that are hard to follow, you discover that “the study” began on… December 22, 2020! “As part of this analysis, vaccinated participants were asked by e-mail about the occurrence of adverse events after vaccination during the 7 days following each dose of COVID-19 vaccine. All participants were asked about injection site reactions, but only those who reported having a significant health event were asked to provide additional details. Participants in the control group were asked to note the occurrence of health problems in the previous 7 days, also by e-mail. We followed up by telephone for those who reported any medical event. We sent up to two automated reminders every 72 h for all nonresponders to address loss to follow-up. Survey data were collected in a secure database.”
After 7 days of follow-up, the study authors find that “both mRNA vaccines are highly immunogenic and effective during pregnancy.”

Especially since the anti-Covid vaccines are not without effect on the sexual organs and sexuality, as Jean-Marc Sabatier* has demonstrated here. “Women have an ovarian RAS (called OVRAS) which plays a key role in the physiology of the ovaries and associated ovarian diseases. The ovarian RAS has major effects on follicle development/atresia, ovulation and steroid hormone secretion; the RAS is thus necessary for normal reproduction. Indeed, the actors of this RAS are found in the ovarian follicle, the pre-ovulatory cells of the theca and granulosa, as well as in the post-ovulatory cells of the granulosa-lutein. It is also involved in the regulation of steroidogenesis (synthesis of steroid hormones, including female estrogen hormones).”

Ovarian RAS dysfunction potentially induced by SARS-CoV-2 may therefore affect oocyte maturation and ovulation (alteration of the menstrual cycle), and lead to disorders or pathologies such as infertility, ovarian cancer, polycystic ovary syndrome, etc. The presence of autoimmune antibodies directed against the AT1R receptor can result in infertility.
In women, a more or less significant and disabling menstrual cycle disorder can be observed (in addition to other potential Covid-19 pathologies). Menstruation corresponds to the periodic flow of a biological fluid through the vagina, consisting of blood, vaginal secretions, and endometrial cells (uterine wall). Menstruation corresponds to the evacuation of the superficial layer of the mucous membrane of the uterus (endometrium) which had formed during the menstrual cycle to accommodate a possible fertilized egg. In the absence of fertilization, the surface of the endometrium (which is highly vascularized) is then evacuated through the vagina in the form of bleeding. The SARS-CoV-2 virus binds (via its Spike protein) to the ACE2 receptor of the target cells. The endometrium and the vascular system are made up of epithelial and endothelial cells that express – like the ovaries or the testicles – the ECA2 receptor recognized by the Spike protein. This shows that the Spike protein (from SARS-CoV-2 or vaccine) can act directly on the endometrium and associated blood vessels.

Why do we have bleeding disorders ?

SARS-CoV-2 -via the Spike protein- causes blood clotting disorders, including thrombocytopenia (a decrease in the number of blood platelets that help the blood clot).
Thus, SARS-CoV-2 or the vaccine Spike protein is directly responsible for the clotting and menstrual disorders sometimes seen in some people with SARS-CoV-2 viral infection or following vaccination. Regarding vaccine-related menstrual disorders, I must mention the contrary opinion of the French National Agency for Drug Safety (ANSM), which -in a status update on Covid-19 vaccine surveillance published on December 21, 2021- writes: “To date, the available data do not allow us to determine the direct link between the vaccine and the occurrence of these menstrual cycle disorders. These events remain under surveillance.

Indeed, more recently, in July 2022, a new American study confirmed the direct link between vaccination and menstrual cycle disorders. This study, conducted by Kathryn Clancy and Katharine Lee, two researchers from the Washington University School of Medicine, is based on the testimony of more than 35,000 women.
How can we still have doubts?

*Jean-Marc Sabatier is Director of Research at the CNRS and holds a doctorate in Cell Biology and Microbiology and an HDR in Biochemistry. Editor-in-Chief of the international scientific journals: “Coronaviruses” and “Infectious Disorders – Drug Targets”. He is speaking in his own name.

Read also: Critical reading of the study by Christine Cotton