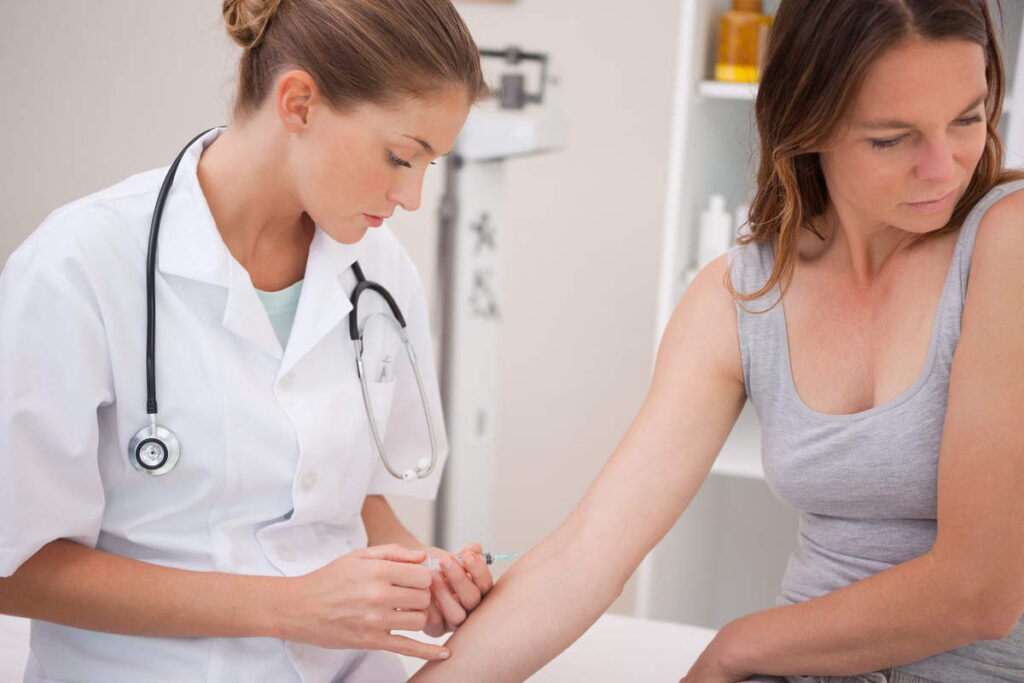 In mid-August 2022, the press claimed that mRNA vaccines were “safe for pregnant women. However, in an official report, the United Kingdom states the opposite.

French health authorities recommend vaccination, including for pregnant women. The National Agency for the Safety of Medicines and Health Products (ANSM) states: “Vaccination is essential to protect the mother and her unborn child against potentially serious diseases such as whooping cough, influenza, or Covid-19. (…) A vaccinated mother will also transmit to her child the necessary defenses thanks to antibodies, thus allowing him to fight against these diseases from birth and while waiting for his own vaccination.”
The media widely picked up the story in mid-August 2022 based on a bogus study published in The Lancet Infectious Diseases pointing out that “mRNA vaccines are highly immunogenic and effective during pregnancy.”
Small clarification, the authors of this pseudo scientific study all have ties of interest with big pharma, as we had written.

A view long contradicted by Jean-Marc Sabatier*. He has shown that vaccines against Covid are not without effect on the sexual organs and sexuality.

Indeed, the cellular receptor ACE2 (angiotensin converting enzyme-2), to which the virus Spike protein (and a certain proportion of the vaccine Spike protein) binds, belongs to a large physiological and hormonal system, called the renin-angiotensin system (RAS). The RAS is very complex and ubiquitous in the human (and mammalian) body as it is found in various organs and tissues, such as the heart, lungs, brain, liver, kidneys, intestines, spleen, pancreas, adrenal glands, vascular system (blood vessels), reproductive organs, auditory system, eyes and skin. The RAS also controls innate immunity and the various microbiota (intestinal, oral, vaginal and skin). It is the most important system for the functioning of the human body, controlling – among other things – the renal, pulmonary and cardiovascular autonomic functions.
In the RAS, the cellular receptor responsible for these various pathologies is AT1R (angiotensin-2 receptor type 1). This receptor, which is essential to the functioning of the human body, becomes very “deleterious” when overactivated, because it has pro-hypertensive, pro-inflammatory, pro-oxidant, pro-thrombotic, pro-angiogenic, pro-fibrosing, pro-hypertrophic, and pro-hypoxic properties, and causes a drop in nitric oxide (NO) involved in immune, inflammatory, and memory processes. The AT1R receptor thus controls numerous signaling pathways within cells.
“Women have an ovarian RAS (called OVRAS) that plays a key role in ovarian physiology and associated ovarian diseases. The ovarian RAS has major effects on follicle development/atresia, ovulation and steroid hormone secretion and is thus necessary for normal reproduction. Indeed, the actors of this RAS are found in the ovarian follicle, the pre-ovulatory cells of the theca and granulosa, as well as in the post-ovulatory cells of the granulosa-lutein. It is also involved in the regulation of steroidogenesis (synthesis of steroid hormones, including female estrogen hormones).”

The deleterious effects of nanoparticles

The damage (more or less severe) due to the vaccine Spike protein is nowadays well documented and established. At the same time, there are risks of deleterious effects associated with the use of lipid nanoparticles (NP) in mRNA vaccines. Indeed, various types of NPs are able to cross biological barriers and exert toxic effects on organs such as the brain, kidneys, liver and reproductive organs (ovaries, uterus). NPs can cross the placental and epithelial barriers to accumulate in the reproductive organs, and damage them by destroying germ cells. This affects the female reproductive organs by reducing the number of mature oocytes and disrupting follicular development. NPs can disrupt the levels of hormones secreted, affecting libido (the mechanisms involved in NPs toxicity are based on inflammation, oxidative stress, apoptosis, and/or genotoxicity). Thus, the importance of the RAS in fertility or infertility has been widely demonstrated to date in women (as well as in men).
In short, vaccination of pregnant women has potentially dangerous effects.

No vaccine for pregnant women

On August 16, 2022, the UK health authorities released a report on the side effects of Pfizer’s mRNA vaccine. The report states (see Toxicity conclusions) that “it is not possible at present to provide sufficient assurance of the safety of the vaccine for use in pregnant women: however, use in women of childbearing age could be supported provided that health professionals are instructed to exclude any known or suspected pregnancy prior to vaccination. Women who are breastfeeding should also not be vaccinated. These judgments reflect the absence of data at this time and do not reflect a specific finding of concern. Adequate advice regarding women of childbearing age, pregnant women and breastfeeding women has been provided in both the information for UK health professionals and the information for UK recipients.”
It also states that no toxicokinetic, genotoxicity, carcinogenicity, pre- and post-natal development, local tolerance, or other toxicity studies have been performed.
To summarize: there are no data on the absence of toxicity of the vaccine for pregnant women in the UK. Therefore, they should not be vaccinated.
What do the ANSM, the Minister of Health and the media think about this?

*Jean-Marc Sabatier is Director of Research at the CNRS and holds a doctorate in Cell Biology and Microbiology and an HDR in Biochemistry. Editor-in-Chief of the international scientific journals: “Coronaviruses” and “Infectious Disorders – Drug Targets”. He is speaking in his own name.