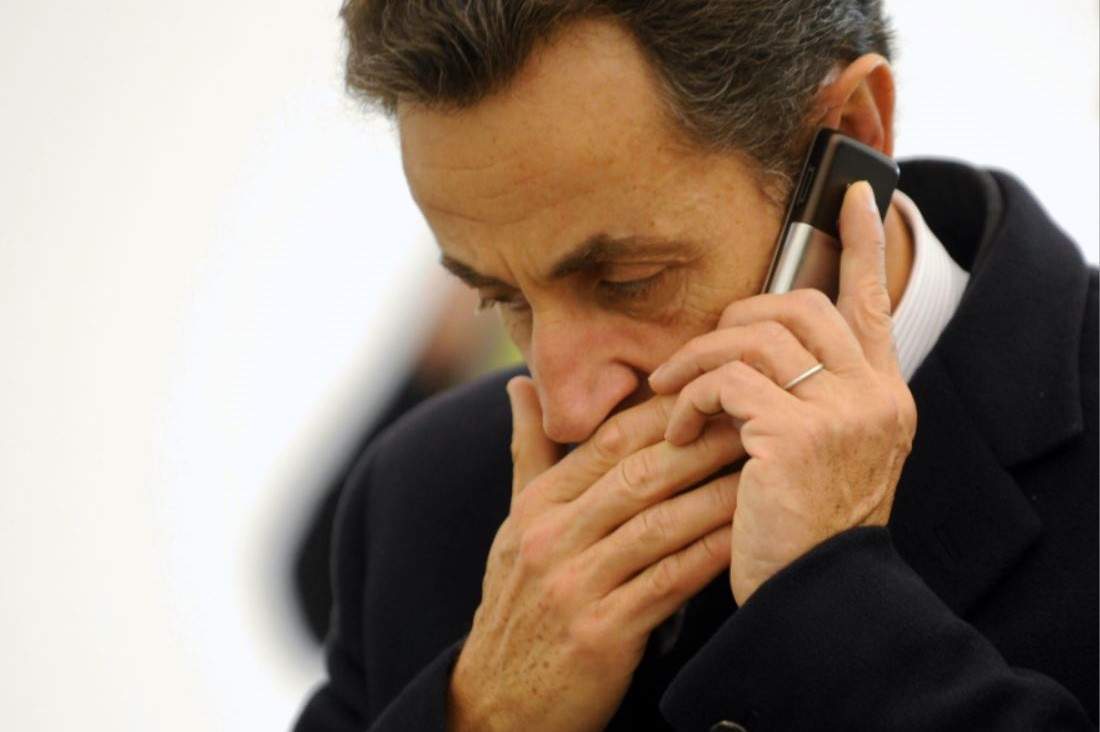 The former president appears before the criminal court of Paris from this Monday alongside his lawyer Thierry Herzog and the former high-ranking magistrate Gilbert Azibert in the case known as wiretapping, for “corruption and influence peddling”.

Nicolas Sarkozy will appear before the Paris Criminal Court on Monday, November 23, 2020, for corruption and influence peddling, in the so-called “eavesdropping” case. Nicolas Sarkozy and his historical lawyer Thierry Herzog are suspected of having wanted to obtain information covered by the secrecy of the investigation from a high magistrate of the Court of Cassation, Gilbert Azibert.
In order to understand, one must go back to April 19, 2013 when two judges, Serge Tournaire and René Grouman, opened a judicial investigation for “corruption, influence peddling, forgery and use of forgeries, abuse of corporate assets, money laundering, complicity and concealment of these crimes. “Nothing but that! They are investigating suspicions of illicit financing of Sarkozy’s campaign in 2007 by a foreign power: Libya. Nicolas Sarkozy was indicted on March 21, 2018, after more than 25 hours in police custody, for “illegal financing of the electoral campaign and placed under judicial supervision.

A case within a case.

On September 3, 2013 the two judges decided to tap the phone of the former president. But also that of former Interior Ministers Brice Hortefeux and Claude Guéant.
It is necessary to believe that the fishing was good. The judges surprised in particular a conversation between Nicolas Sarkozy and his lawyer about the seized agendas, which led the brand new National Financial Prosecutor’s Office (PNF) to open, on February 26, 2014, a judicial inquiry for “influence peddling and violation of the secrecy of the investigation”.
This new case is being investigated by Judges Patricia Simon and Claire Thépaut. The investigation is entrusted to the Office of the Fight against Corruption of the Judicial Police.
The question is whether the former president and his lawyer sought the discreet support of Gilbert Azibert, attorney general at the Court of Cassation, to determine the progress of the proceedings concerning the former president’s agendas seized in the context of the “abuse of weakness” aspect of the Bettencourt case. In return for what? A promotion to the Council of State of Monaco.
Certainly, Nicolas Sarkozy benefited from a dismissal in the Bettencourt case investigated by the Bordeaux judge Jean-Michel Gentil. But he has maintained his appeal in cassation because he asks that the court cancel the seizure of his diaries, arguing that, according to Article 67 of the Constitution, the Head of State “may not, during his term of office … be the subject of an action, an act of information, investigation or prosecution. »

Telephone interceptions therefore began in September 2013. Three months later, the press reveals that Brice Hortefeux is being listened to. Thierry Herzog understands that his famous client is also probably “connected”. To thwart the eavesdropping, he goes to an operator in Nice and buys two TOC (telephone out of control). They are two cell phones acquired under a false identity, Paul Bismuth. A well-known trick in the world of organized crime.
On February 22, Nicolas Sarkozy is at his wife’s house, Carla Bruni, in Cap Nègre. He has a conversation with his lawyer. Suddenly, the two men decide not to talk to each other on their official phone but to call back “in ten minutes”. The police understand that the two men will continue the conversation using other telephones. The two OCD men are quickly identified and the conversation is recorded. The following ones as well.
On March 4, searches are carried out in Paris and in the provinces at the homes and business premises of Thierry Herzog and Gilbert Azibert.

The separation of powers

The affair, which became known on March 7, immediately triggered an outcry that shook the judicial institution. “It’s a state scandal,” thundered Herzog. “The conversations between a lawyer and his client cannot be listened to, recorded and transcribed to provide a basis for the opening of an investigation (…) This is a monumental violation of the rights of the defense. »
Nicolas Sarkozy’s lawyer admits that he bought two OCTs to speak more freely with his client because, he says, “I thought that there were wild tapping, we were ready to do anything to destabilize Sarkozy (…) I will demonstrate, when the time comes, that this is a political case fabricated from scratch. »
Political affair? Yes, when the Keeper of the Seals, Christiane Taubira swears with her hand on her heart: “No, I have no information concerning the date, the duration, the content of the judicial interceptions”. The Keeper of the Seals put himself in an untenable political situation.

“The bastards of Bordeaux”

What do these taps contain? On January 29th, Thierry Herzog talks to Nicolas Sarkozy and talks about Gilbert Azibert: “He worked, eh! And above all, what he did is the thing inside, what… ” Understand: ”inside the Court of Cassation”. Indeed, Gilbert Azibert is assigned to the civil division while the case of the agendas is handled by the criminal division. This is why he will be getting closer to his colleague, Patrick Assoust. The latter informed Gilbert Azibert by email on January 19: “the B file” will be heard on March 11. Two days later, he consulted the file on the Cour de cassation’s intranet site. Meetings took place between the two senior judges.
On January 30, Thierry Herzog is rather optimistic. He says: “It’s going to make a lot of work for these bastards from Bordeaux” in reference to the judges who indicted his client.
On February 1, Nicolas Sarkozy claims to have been informed that his offices could be searched. On February 5, the former president confirms that he can help Gilbert Azibert obtain a position in Monaco. “I will help him,” Sarkozy said on the phone. Call him today and say I’ll take care of it because I’m going to Monaco and I’ll see the prince…”
February 24: “You can tell him that I’m going to approach the Minister of State tomorrow or the day after tomorrow. “February 25: “OK. You can tell him that I… at noon, I will make the approach and then I will call you to tell you what’s going on. »
The next day, February 26th, the two men talk to each other, this time on their usual telephones. Change of tone and strategy. Nicolas Sarkozy announces that he did see the Secretary of State of Monaco but that he did not intervene in favor of Gilbert Azibert. He will say the same thing on the phone in the name of Paul Bismuth. The police understand that the lawyer and his client learned, on February 25, that they were also being listened to on the clandestine line. This means that they have a mole within the state apparatus. This is why, according to the police, both interlocutors have “adapted” their speech. And perhaps their actions in refraining, for the former president, from talking about Gilbert Azibert to the Monegasque minister.
On June 30, 2014, Thierry Herzog, Gilbert Azibert and Patrick Sassoust were arrested and taken into custody. Only the first two will be presented to the judges and charged with “passive corruption, passive influence peddling, concealment of a breach of professional secrecy” for the magistrate. And for “active corruption, active trading in influence, violation and concealment of professional secrecy” for the lawyer. Heavy stuff.
The next day, Nicolas Sarkozy presented himself at the PJ in Nanterre. He will come out fifteen hours later after passing through the office of the “two ladies”. For having promised an advantage to a person in charge of public authority, the offence of active corruption is well and truly constituted and held against him. For having tried to influence the procedure of the Court of Cassation, the offence of active influence peddling is retained against the former president.
Nicolas Sarkozy, (alias Paul Bismuth) faces up to 10 years in prison. 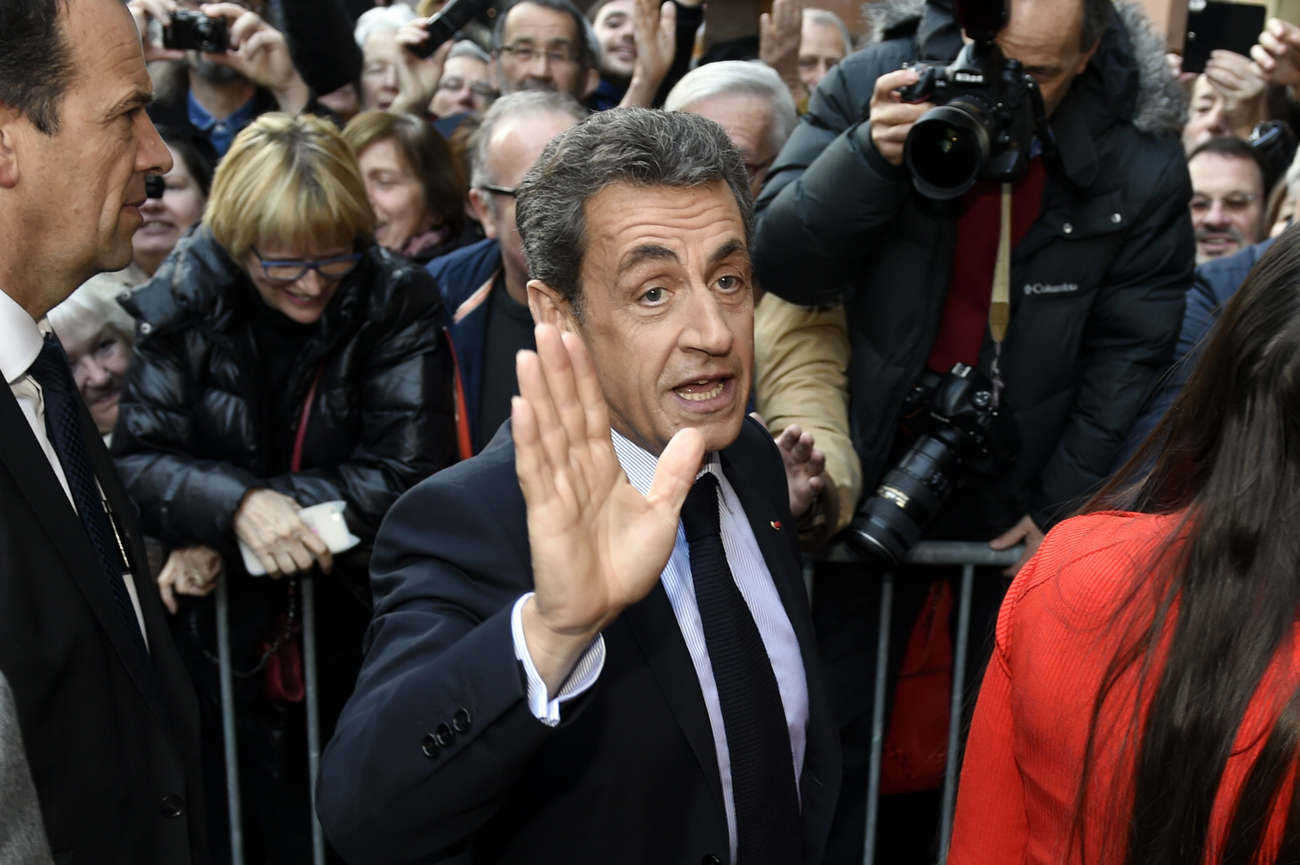 Bygmalion: another test for Nicolas Sarkozy