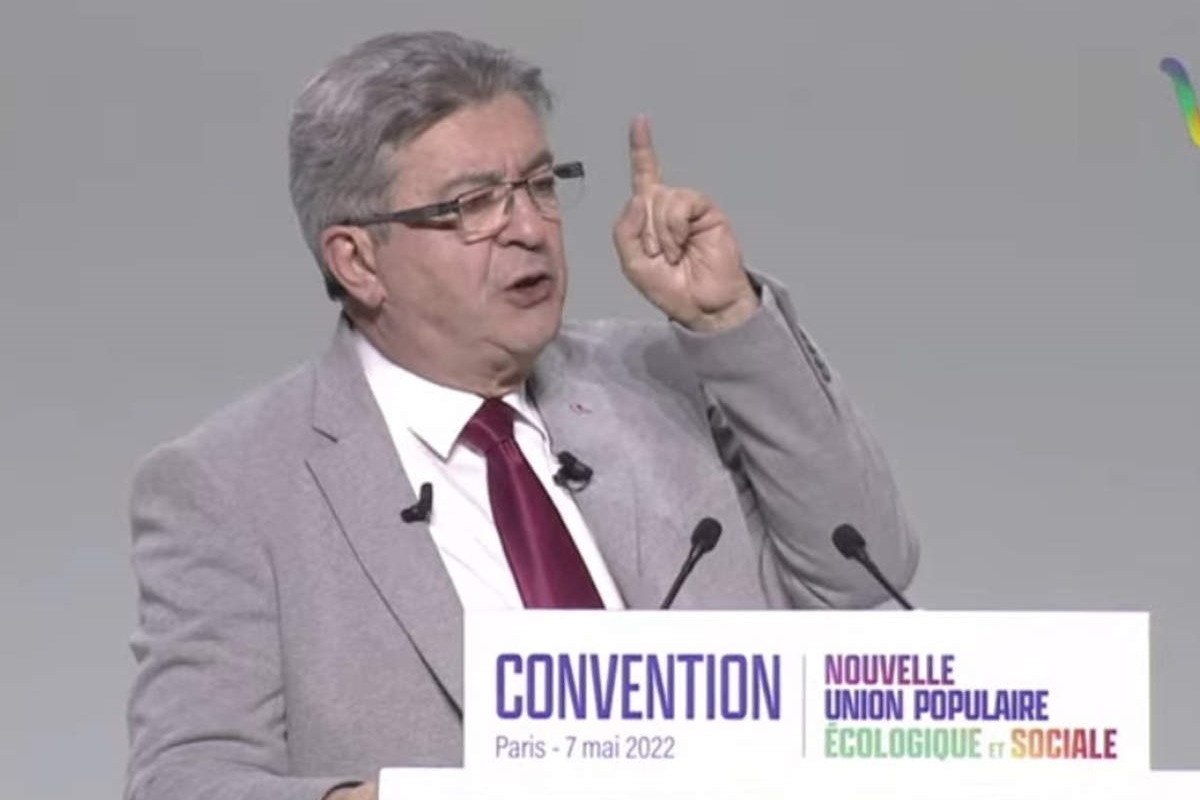 The New People’s Union (Nupes) would overtake the Ensemble coalition of Macron parties in terms of votes. This will not give it a majority of seats in the Assembly.

Seven weeks after the presidential election, the first round of the legislative elections confirms the collapse of the parties grouped around the President of the Republic. According to the first projections at 8 pm, Jean-Luc Mélenchon’s Nouvelle Union Populaire, Ecologique et Sociale (NUPES) obtained 25.2% of the votes just ahead of Ensemble (24.8%) and Marine Le Pen’s Rassemblement National (18.6%). The Republicans remain very low, at 13.7% and Reconquête, by Éric Zemmour, has a ceiling of 3.9%.
From these estimates, it is not possible, of course, to make projections in terms of seats in the Assembly. There is still a week of campaigning before the second round on June 19. And we do not know if the mobilization of the electorate will be or not more important than that of this Sunday where the abstention is 52.8%. More than one out of two French people did not go to vote!

The rejection of Macron

This is obviously far from the electoral tidal wave of 2017, which gave the new president an absolute majority of deputies in the Assembly.
This warning shot of the first round of the legislative elections fits quite well, finally, to the victory in trompe l’oeil of April 24, 2022. Indeed, Emmanuel Macron obtained 18,779,641 votes on April 24, 2022, i.e. 58.54% of the votes cast but only 38.52% of the registered voters. In other words, almost two thirds of the French did not vote Macron. Worse: between 2017 and 2022, Macron lost 1,963,487 votes!
We find this rejection of the president in the ballot boxes of the legislative election.

Jean-Luc Mélenchon commented on these results, “I call on our people to flood in next Sunday to definitively reject the disastrous projects of Mr. Macron’s majority, retirement at 65, forced labor for the RSA, and the hidden part of his program, withdrawing 80 billion to reduce the deficit [and get within the limits requested by the European Commission].”
In a favorable ballot in Calvados, the Prime Minister, Elisabeth Borne “Today, more than one in two French people did not go to the polls and that, no one can resolve. Our first collective duty is to reduce abstention. We will continue to work towards this goal by training our institutions and by modernizing the dialogue with the whole of society… To all those who abstained, I want to say this evening that they should believe in the strength of their vote and that they should make their voice heard next Sunday (…). We are the only political force capable of obtaining a majority in the National Assembly. We have a week of mobilization ahead of us, a week to convince.