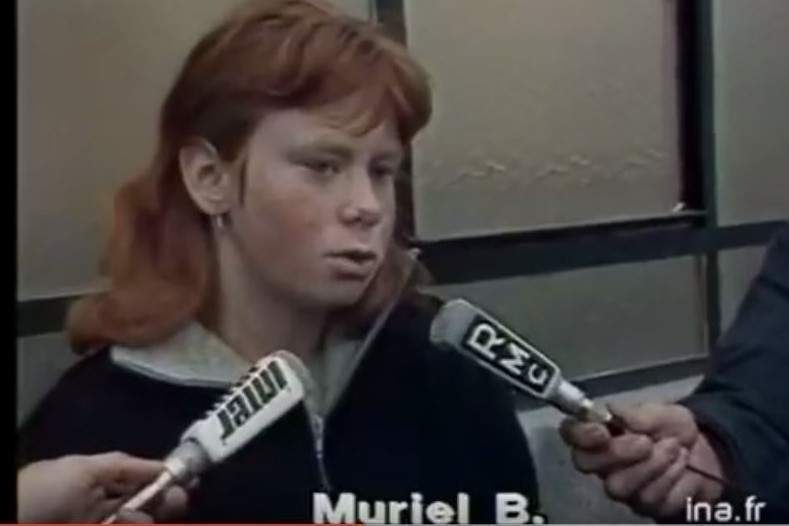 However, the Paris Court of Appeal upheld the young woman’s accusations against her brother-in-law, Bernard Laroche, made before the gendarmes and before Judge Lambert.

This is a complicated case. In mid-December, the Paris Court of Appeal considered in camera the request of Murielle Bolle’s lawyers to declare her 15-year-old client’s police custody “unconstitutional”. The young woman had been questioned without the presence of a lawyer.
The case dates back to 2 November 1984. Seventeen days after the assassination of little Grégory Villemin, 4 years old, whose lifeless body was found in Vologne, 15-year-old Murielle Bolle was questioned by the gendarmes. She tells them that Bernard Laroche, her brother-in-law, has come to pick her up as she leaves school. They went to the home of the Villemin couple. Bernard is said to have abducted the child who was playing in front of the house. They went back down to another village. There, Bernard would have entrusted the child to two other people before getting back in the car. It was the next day, when the newspaper was on a trip, that Murielle would have understood what had happened.
She gave this version to the gendarmes twice. Then to Judge Lambert. But on November 6, she recanted her story… Everything she told the investigators was untrue. On that day, she returned by bus from her college.

The word of the cousin

Murielle Bolle won’t change her story anymore. 35 years later, she maintains that she lied to the police and the judge. However, on June 14, 2017, a cousin of Murielle contacted the investigators. He has never spoken before. For three decades he has kept a heavy secret from them. This 54-year-old man, who had in the past been involved in legal proceedings, testifies that on November 5, 1984 (the day before the retraction) Murielle Bolle received the beating of her life. That is why she would have retracted her statements. The witness claims to have witnessed “an unbearable scene”. He speaks of “lynching”, “slaps”, “hair pulled out” by his own sister, Marie-Ange.
Later, he joined Murielle in her room to bring her food. She would then confide in him “not to have lied to the gendarmes. »

For more than 35 years, the assassination of little Gregory has kept justice at bay. More than three decades of proceedings, denied truths, unexpected twists and turns, and theatrics worthy of the best detective stories have not allowed us to put a name to the assassin or assassins, the crow or crows of this gloomy mishmash of events.
The revelations of Murielle Bolle in 1984 had turned the case upside down. A few months later, Gregory’s father, Jean-Marie Villemin, shot Bernard Laroche to death.
That’s enough to say if the decision of the Court of Appeal of Paris, this January 16, 2020 was expected. The police custody of Murielle Bolle has been the backbone of the whole judicial file for more than 35 years. The Parisian court has therefore played finesse. It respects the law by cancelling the police custody of the young woman. But it keeps in the file its legal framework which will allow, one day perhaps, to know the truth.