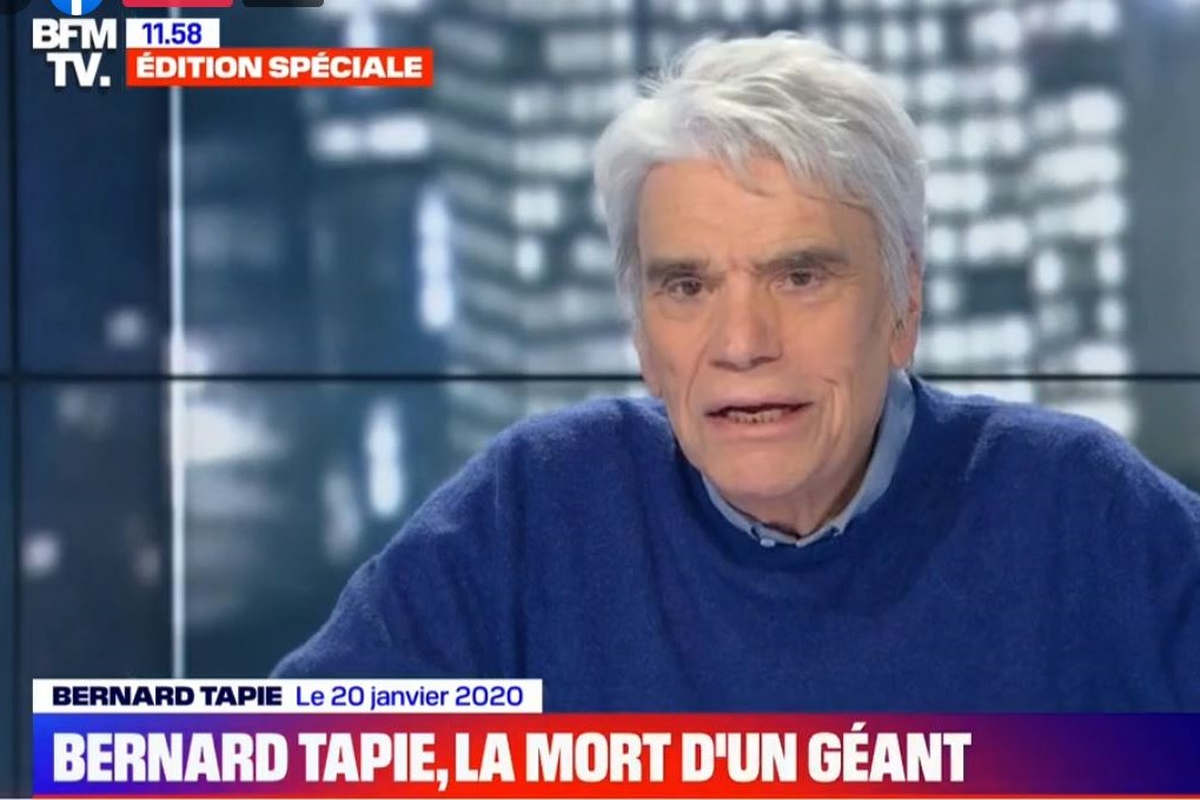 The former boss of the OM, businessman and politician died this Sunday, October 3, 2021 at the age of 78 years overcome by cancer.

“Dominique Tapie and his children have the infinite pain to announce the death of her husband and their father, Bernard Tapie, this Sunday, October 3 at 8:40 a.m., as a result of cancer,” his family said in a statement to BFMTV. “He left peacefully, surrounded by his wife, children, grandchildren and brother, present at his bedside.” The family states that the deceased “the family expresses its wish to be buried in Marseille, his city of heart.”
Bernard Tapie has marked the economic, political, sports, judicial and media life of France for half a century. His whole life was that of a fighter, of a winner, getting up even stronger after each defeat, after each blow of fate.

The success of business

At a very young age, this Parisian from a modest family tried a career in song and then in car racing. Without much success. At the end of the 60’s, he sells television sets. Then he went into business. An ambulance company, at first, which will bring him some legal troubles. Then, he specializes in the takeover of companies in difficulty. It is the jackpot. He bought companies for a pittance, restructured them and sold them at a high price.
With his success, he started to work in television shows. Attracted by sports, he formed a cycling team around Bernard Hinault. Then, he became interested in soccer and took over the OM for a symbolic franc. With young footballers then unknown (Papin, Cantona, Boli, Deschamps…), the OM will rise to the first rank of the big soccer clubs. This period was marked by a few “affairs” such as the OM-VA match fixing. Tapie was sentenced to prison.
At the head of an immense fortune (the 20ᵉ of France in the 90s) Tapie envisages a synthesis between business and sport by buying the German Adidas, then in perdition. This was the beginning of an economic-political-judicial saga that would get Tapie into the biggest trouble of his life.

Bernard Tapie’s life would not be complete without his political involvement. It all began at the end of 1987 when he met François Mitterrand with his friend Jacques Ségéla. Two years later, he became a deputy for Bouches-du-Rhône, and then, in 1992, Minister for the City.
But he was caught up in business. He wanted to sell Adidas and entrusted the transaction to Crédit Lyonnais (for the equivalent of 472 million euros). In 1994 Bernard Tapie is bankrupted by Credit Lyonnais. It is the beginning of a big economic and judicial muddle that will end. The liquidator of Bernard Tapie Finance initiates procedures that will last 15 years. On November 7, 1996, the Commercial Court of Paris condemned the Consortium de Réalisation (CDR) to pay Tapie a provision of 91 M€!
Bernard Tapie returns to business in 2009 by buying Club Med. He also bought a superb yacht, the ”Reborn”, and then bought the southern daily newspaper “La Provence”.
Struck by illness, Bernard Tapie led his last fight against the disease with a courage that forces admiration. He died peacefully, surrounded by his family.

Assault on the Tapie couple: “They knew who they were going to”.