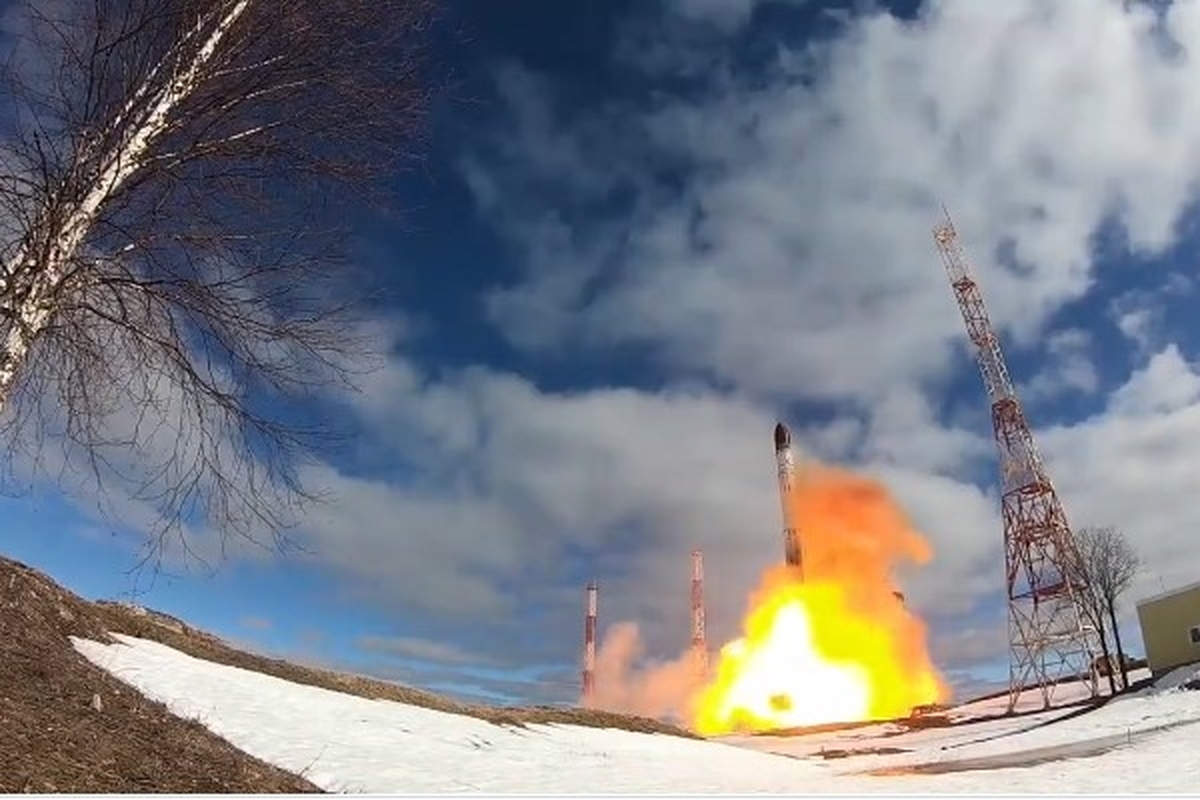 As Russia warns of the “real” dangers of a global explosion, Emmanuel Macron sends weapons to Ukraine, China raises its tone against the United States and the latter throws more fuel on the fire.

On the 66ᵉ day of the war, the context is not one of de-escalation. Quite the contrary. All the ferments of a third world war are now gathered. The WW3 as they say on social networks for ”World War 3” is in all minds.
Russia continues its bombing of Ukraine. The runway of the Odessa airport was bombed this Saturday, April 30, 2022. The Azovstal steel mill in Mariupol, where hundreds of soldiers are holed up, including those of the Azov battalion, is still under siege. About twenty Ukrainian civilians, women and children, have been freed.

In this climate of heightened tension, Ukrainian President Volodymyr Zelensky is still asking the West for sophisticated weapons to fight Russian troops. The American president has responded favorably. He asked Congress for a credit of 33 billion dollars, including 20 billion for arms. Enough to blow up half the planet.
Many European capitals, members of NATO, have also sent heavy weapons and ammunition to Kiev. This Saturday, after a telephone conversation between Macron and Zelensky, the French president assured his counterpart of his willingness to restore the sovereignty of Ukraine. He promised to send weapons and various equipment. Commenting on his meeting with the Ukrainian president, Macron said: “I think we must continue on this path. There is always a red line, which is not to enter into cobelligerence. What red line?

In a remarkable speech, Wednesday in St. Petersburg, Vladimir Putin “warned” other countries that would oppose the “special military operation” conducted in Ukraine. Without directly mentioning the use of nuclear weapons, but leaving doubt.
Two days later, it was the head of Russian diplomacy, Sergei Lavrov, who “urged NATO to stop arming Kiev”. He clearly evokes the “real danger” of a third world war.

China comes out of its silence

But it is the unambiguous words of China’s foreign ministry spokesman that are attracting most attention. In a televised press conference, Wang Wenbin made an unusual charge against the United States.
The United States claims to uphold the central role of the UN Charter,” he said, “but it is clear to everyone that the United States is doing the opposite. When the UN Security Council refused to authorize the use of force by the U.S. in the Federal Republic of Yugoslavia, Iraq, Syria and other places, the U.S. and Nato ignored the U.N., waged wars and engaged in wanton interference against sovereign states.”

“The U.S. claims to respect human rights, but wars of aggression launched by the U.S. and its allies in countries like Afghanistan and Iraq have killed more than 300,000 civilians and made more than 26 million refugees. Yet no one is held accountable for war crimes and crimes against humanity. The U.S. has even announced sanctions against the International Criminal Court that would investigate U.S. military war crimes.”

“The U.S. claims to oppose economic coercion, but it is precisely the U.S. that invented “coercive diplomacy” and excels in the art of coercing countries, whether large or small, far or near, friend or foe. The embargo and sanctions imposed on Cuba lasted half a century and the sanctions imposed on Iran have been in place for 40 years. When it comes to stabbing allies like the European Union and Japan in the back, the United States has never hesitated, as we have seen repeatedly.”

If a third world war were to break out, it is now clear which side China would be on.

China 25.04.2022 :
Wang Wenbin, spokesperson of Ministry of Foreign Affairs,
about the US vs UN