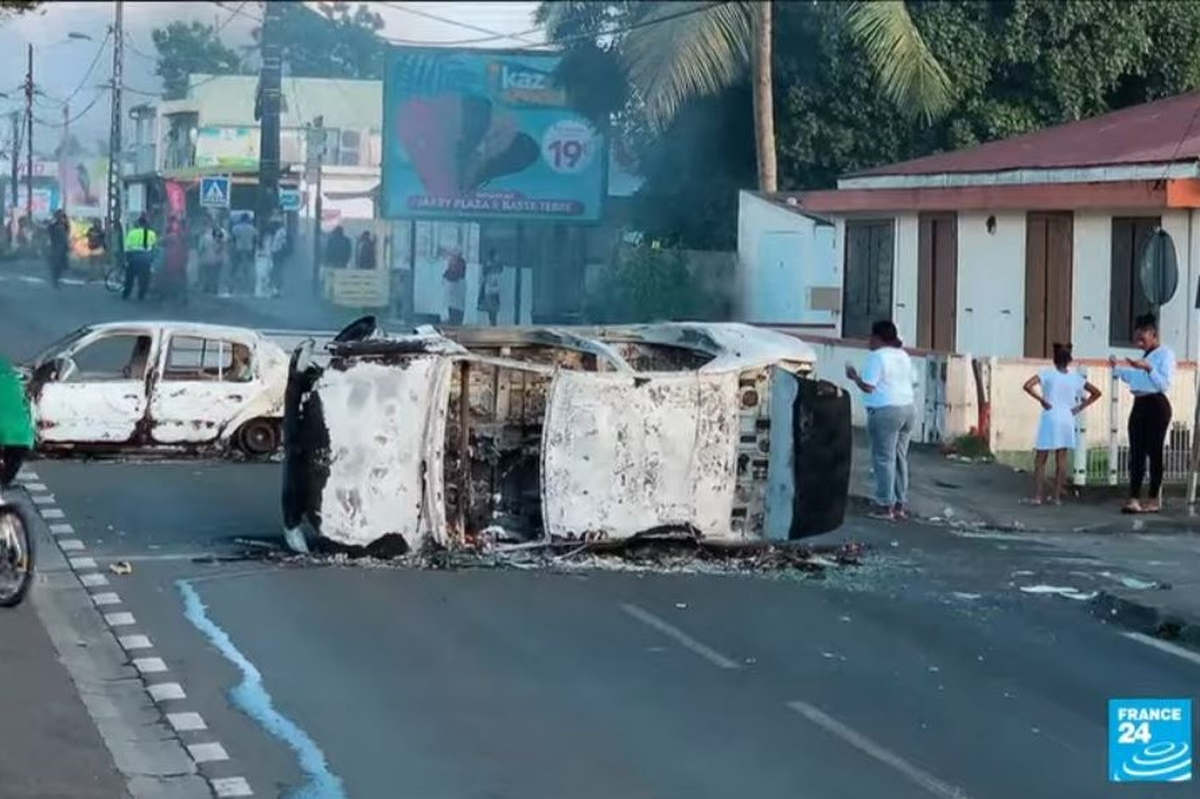 In Guadeloupe, in Austria, in the Netherlands, in Australia and elsewhere, a popular fever against the health pass, against the vaccination obligation and against the authorities who are panicking in front of the rebound of the epidemic is rising.

In Austria, where the epidemic continues to spread without anyone really knowing why, demonstrations follow one another to denounce the “corona-diktature”. This health dictatorship imposes the total reconfinement of the population (about 9 million inhabitants) from Monday, November 22, 2021 and for a period of three weeks, and the mandatory vaccination for all from February 1, 2022.
At the call of several political parties and in particular the FPÖ, classified as extreme right, several thousand demonstrators gathered this Saturday afternoon in Vienna. They were between 30 and 40.000 to call to “resist” and to refuse the compulsory vaccination and, in spite of some minor outbursts, the demonstration took place in the peace.

In Australia, the Netherlands

In Australia, thousands of people took to the streets of Sydney and Melbourne to protest against the health restrictions imposed by the authorities. In this country-continent where the population has been under continuous confinement for 250 days, and where 85% of the population is vaccinated, people aspire to finally live normally. But counter-demonstrations, in favor of anti-Covid measures and compulsory vaccination, have disrupted the first demonstrations. Pro- and anti-vaccinationists clashed violently in the streets.
In the Netherlands, the tension is still not falling this Saturday, November 20, 2021 after a night of riots in Rotterdam where the police fired live ammunition against the demonstrators. Several people were injured. About fifty demonstrators have been arrested. Important demonstrations took place in Amsterdam, but also in Breda, near the Belgian border.

In Guadeloupe, after a night of rioting that saw the looting of stores and building fires, the forces of law and order were fired upon in four different sectors of the island, despite the curfew imposed by the prefect.
Faced with this unprecedented violence, a crisis unit chaired by the Minister of the Interior, Gerald Darmanin and the Minister of Overseas France, Sebastien Lecornu, must assess the situation and take measures to restore order. About thirty individuals have been arrested, according to Place Beauvau.

In metropolitan France, the anti-sanitary pass and anti-mandatory vaccination protests continued this Saturday for the 19ᵉ weekend in a row. The demonstrators were joined by the Yellow Vests, who were thus marking the third anniversary of their movement abruptly interrupted by the pandemic, but also by the angry bikers.
Even if the mobilization is down just about everywhere, the demonstrators marched in the streets of Paris, Lyon, Marseille and in many cities of France, with here and there some clashes with the forces of order.

#BREAKING: Crowds are building in Melbourne's CBD as they protest the state's pandemic bill.

It comes after hundreds of protesters rallied for three nights on the steps of state parliament, demanding Victoria's proposed new pandemic legislation be torn up.#9News pic.twitter.com/ADDxhfQYOF